Europe’s top court has rejected the UK’s challenge to the introduction of an EU financial transactions tax (FTT), which ministers have said will damage British firms. 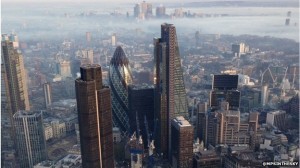 The European Court of Justice (ECJ) described the UK’s challenge as premature, since the details of the tax had not been finalised.

The FTT will be adopted by 11 EU states, but not by Britain.

The UK said it was prepared to take further legal action.

“The government is determined to continue to ensure that the interests of countries outside of the single currency, but inside the single market, are properly protected,” a UK Treasury spokesman said.

The levy, often described as a Tobin tax or “Robin Hood” tax, aims to raise public funds and discourage speculative trading by taxing the transactions of shares, currencies and bonds.

Of the 27 EU member states, the 11 going ahead with the FTT are Germany, France, Italy, Spain, Belgium, Austria, Portugal, Greece, Slovenia, Slovakia and Estonia.

Those countries had not yet decided how the tax will work, the ECJ said, so the UK’s challenge was premature.

The City of London could be hit by the tax if, for example, a British firm trades with branches of French or German banks based in the capital.

“Once the tax has been worked through, then that is when the UK needs to step in and challenge any extra-territorial elements of that tax,” said Chas Roy-Chowdhury, head of tax at international accounting body ACCA.

“That is when I think they could win if the tax is not modified quite drastically.”

UK Prime Minister David Cameron has previously said the tax was “not a good idea” and that it would not work unless applied globally.

And UK Chancellor George Osborne has also raised concerns that the cost of the tax would be passed on to pensioners and savers.

But campaigners have said the tax would raise valuable funds for public services, and accused the UK government of “defending one rather rich square mile”.