Toronto December 30, 2013: The EU supports the reconciliation process between India and 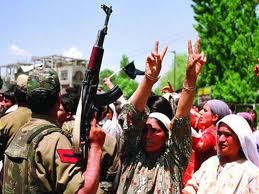 Pakistan over the disputed territory of Kashmir and the question of accountability of armed forces is a core issue for EU’s dialogue with New Delhi.

“The EU is well aware of the prevailing situation in Kashmir. The European External Action Service, assisted by the EU Delegations in Delhi and Islamabad, follows developments in the disputed territory of Kashmir closely,” affirms Mr Serrano. “It has indeed been a longstanding position of the EU to support the reconciliation process between India and Pakistan over Kashmir, particularly through dialogue, and to call for the Kashmiri people themselves to be as involved as possible in this process,” underlines the Principal Advisor on External Relations.

“Fact-finding missions to Jammu and Kashmir have been organised by the EU embassies and the EU Delegation in Delhi; humanitarian assistance has been provided to alleviate vulnerable groups affected by the conflict; and the role of the Indian security forces in the region has been raised with the Indian authorities in the framework of the local annual EU-India Human Rights Dialogue,” stresses Mr Serrano.

“On the question of more direct involvement of the EU in the bilateral dialogue between the parties, it will be appreciated that this could be only done if both sides agreed to such EU involvement. At present neither side has requested EU assistance in this matter,” maintains the Principal Advisor on External Relations.

“The EU has regularly engaged with the Indian authorities, both at State and Central level, and with civil society representatives in various consultation formats in order to encourage a balanced perspective on the situation,” underscores Mr Serrano. “Concerns about human rights have always been addressed in this context. Several projects funded under the European Initiative for Democracy and Human Rights have been recently part of this effort. In this context, the Dialogue Initiative for Peace and Conflict Resolution in Kashmir which foresaw the inclusion and sustained partnership of civil society stakeholders on both sides is particularly noteworthy. Another project in conflict-affected districts dealing with local governance and the empowerment of vulnerable groups, while promoting the dialogue on human rights issues between local communities, has contributed to the rehabilitation of families, in particular with regard to women and youth,” says the Principal Advisor on External Relations.

“In its talks with India, the EU has consistently urged placing human rights protection mechanisms at the centre of any attempt to ensure responsibility for abuse against civilians. The question of accountability of armed forces is raised as a core issue in the EU’s periodic Human Rights Dialogue with the Government of India,” continues Mr Serrano.

“Please rest assured that the EU will continue following the situation in Kashmir with due attention in the future,” assures the Principal Advisor on External Relations.