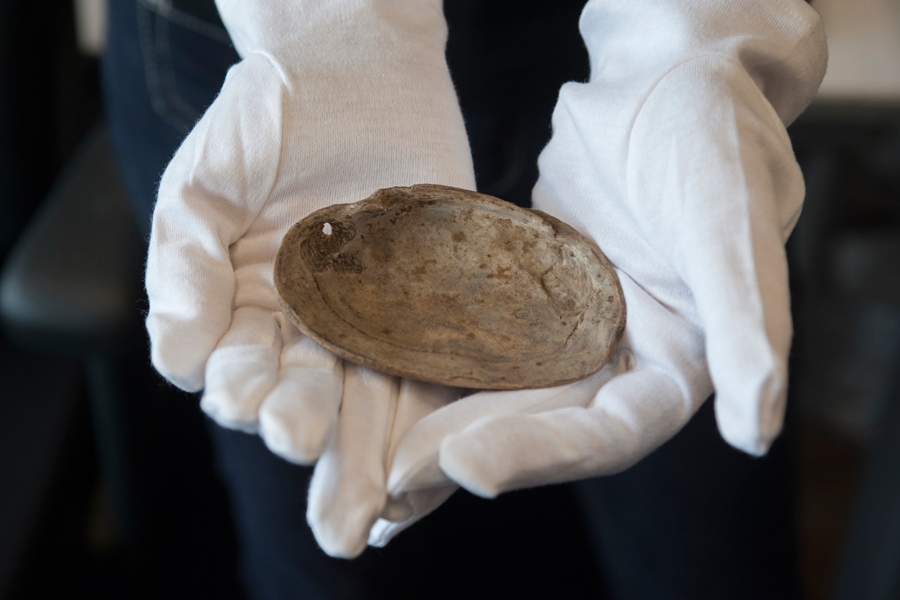 It’s a simple zigzag design scratched onto the surface of a freshwater mussel shell on the Indonesian island of Java about half a million years ago. But scientists believe this may be the oldest known example of a deliberate geometric engraving made by a human hand.

“This is a truly spectacular find and has the potential to overturn the way we look at early Homo,” says Nick Barton, an archaeologist at the University of Oxford, UK, who was not involved in the discovery, which is described in a paper published in the journal Nature on 3 December.

Scientists are calling it a milestone achievement for early humans and an indication that the species Homo erectus, which preceded our own species Homo sapiens, possessed more advanced cognitive abilities than previously thought.

The engraving is at least 430,000 years old, meaning it was done by the long-extinct Homo erectus, the study claims.

The oldest man-made markings previously found were about 130,000 years old. If confirmed, experts say the findings published in the journal Nature may force a rethink of how human culture developed.

Stephen Munro, one of the report’s authors, says the discovery could “rewrite human history”.

“This is the first time we have found evidence for Homo erectus behaving this way,” said the researcher, from Australian National University.

How  the engravings were discovered?

Hundreds of fossilised freshwater mussel shells were excavated and collected in Java by Dutch scientist Eugene Dubois in the 1890s, then stored in boxes for years in the Dutch city of Leiden. Fascinated by the then-radical idea of human evolution, Dubois set out to Indonesia to search for fossils that would provide a missing link — and prove that humans descended from apes.

Dubois also collected other specimens from an excavation site on the island of Java, including numerous shells, which are now held at a natural history museum in the Netherlands.

About seven years ago, a marine biologist-turned-archaeologist, Josephine Joordens of Leiden University, was examining those shells to try to reconstruct what the environment looked like when those early humans lived there.

In May 2007, Mr Munro took photos of them as part of his research for his PhD. The engravings stood out very clearly on the digital photos when they had not been visible to the naked eye.

“Immediately when I saw the markings there I thought, those are human engravings, there’s no other explanation,” he said. 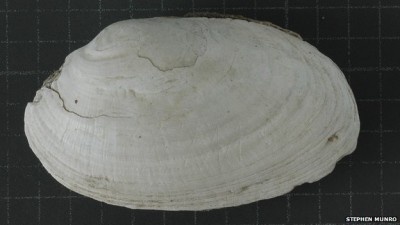 “We’ve looked at all possibilities, but in the end we are really certain that this must have been made by an agent who did a very deliberate action with a very sharp implement,” says Joordens. Her team tried replicating the pattern on fresh and fossilized shells, “and that made us realize how difficult it really was”, she says.

It is not clear whether the pattern was a form of art, or served another purpose.

“We see this type of behaviour, whether it’s art or symbolic expressions, we reserve that behaviour for ourselves. As something quite uniquely human,” he said. “With this finding, we might say there are definitely difference between us and Homo erectus. But they might be more like us than we previously thought.”

Skeptic behaviour from some experts

Other experts expressed scepticism about the research.

“If this is symbolic behaviour by Homo erectus, then it’s basically the only evidence we’ve got for a species that lived for a million-and-a-half years on three continents,” he said.