DNA left at a crime scene could in future be used to build up a picture of an offender’s face, scientists believe. 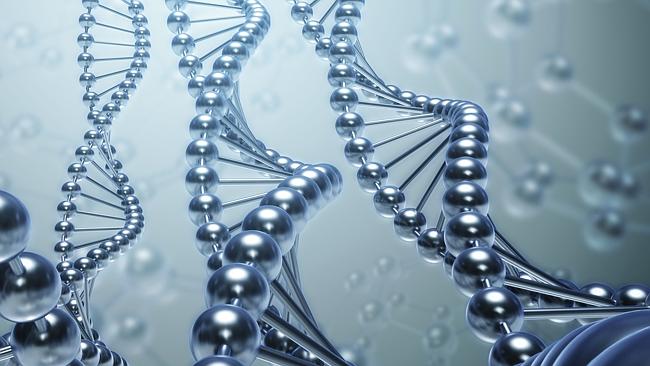 A first step towards genetic mugshots — a sci-fi twist on the hit TV series CSI: Crime Scene Investigation — has been taken by US researchers linking specific DNA markers with face shape.

To identify the genes, they focused on known mutations that cause deformations of the face and head.

Normal versions of these genes were found to influence individual features. For instance, one gene affected the lips, another the shape and configuration of bones around the eyes, and a third the appearance of the mid-face and skull.

In total, 20 genes had “significant effects” on facial appearance.

“We use DNA to match to an individual or identify an individual, but you can get so much more from DNA,” lead scientist Professor Mark Shriver, from Pennsylvania State University, said.

“Currently we can’t go from DNA to a face, or from a face to DNA, but it should be possible.”

The implications are far reaching, raising the possibility of creating a data bank of facial types based on genetic markers.

DNA from a crime scene could then be used to produce a rough image of the face of an offender or victim.

Such genetic mugshots may be more reliable than computer-generated “e-fits” based on witnesses’ recollections.

Other uses of the technique might include proving the identity of fathers in paternity cases, or visualising our remote ancestors from fossil DNA.

“Such predictive modelling could be forensically useful; for example, DNA left at crime scenes could be tested and faces predicted in order to help to narrow the pool of potential suspects,” the scientists wrote in the online journal Public Library of Science Genetics.

“Further, our methods could be used to predict the facial features of descendants, deceased ancestors, and even extinct human species. In addition, these methods could prove to be useful diagnostic tools.”

The team developed a model which first established a range of physical face shapes from people of mixed West African and European ancestry from the US, Brazil and Cape Verde.

Measurements were taken of thousands of point co-ordinates on grids placed over 3D images of the faces.

Statistical methods were then used to determine the relationship between facial differences and the effects of gender, ethnic ancestry and individual gene variants.