Deaths from Terrorism Down 44 per Cent in last 3 years 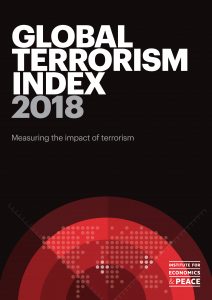 18,814 globally. This is the third consecutive year of improvement. The fall in global terrorism is reflected in the index: 94 countries improved this year, with 46 deteriorating – the highest number of      countries to improve year on year since 2004. The global economic impact of terrorism was US$52 billion in 2017; a decrease of 42 per cent from the previous year. Deaths in Europe fell by 75 per cent. France, Belgium and Germany had significant improvements. However, Spain deteriorated significantly.    Terrorism is still a global phenomenon with 67 countries recording at least one death in 2017.

There has been an increase in far-right terrorism in North America and Western Europe, which in 2017, accounted for 59 attacks and 17 deaths. ISIL’s decline contributed to a 56 per cent reduction in deaths in Iraq between 2016 and 2017. However, ISIL remains the world’s deadliest terrorist group.

According to the 2018 Global Terrorism Index (GTI) deaths from terrorism fell for the third consecutive year, after peaking in 2014. The annual Global Terrorism Index, now in its sixth year, is developed by the Institute for Economics & Peace (IEP) and provides the most comprehensive resource on global terrorist trends.

The total number of deaths fell by 27 per cent in 2017, with the largest falls occurring in Iraq and Syria. The fall in deaths was also reflected in country scores with 94 countries improving, compared to 46 that deteriorated. This is the highest number of countries to record a year on year improvement since 2004.

However, whilst the GTI finds that the global impact from terrorism is on the decline, it also shows that terrorism is still widespread, and even getting worse in some regions:

Steve Killelea, Executive Chairman of IEP, explains the findings: “IEP’s research finds that conflict and state terror are the principal causes of terrorism – of the 10 countries most impacted by terrorism*, all were involved in at least one violent conflict and eight were involved in a major war with at least 1,000 battle deaths. These ten countries accounted for 84 per cent of all deaths from terrorism in 2017. When combined with countries with high levels of political terror, the number jumps to over 99 per cent. Political terror involves extra-judicial killings, torture and imprisonment without trial.”

In North America and Western Europe, the threat of far-right political terrorism is on the rise. In the four years between 2013 and 2017, there were 66 deaths and 127 attacks caused in Western Europe and North America by far-right groups and individuals. In 2013, there were no deaths, compared to 17 in 2017. Most attacks were carried out by lone actors with far-right, white nationalist, or anti-Muslim beliefs.

The two countries with the most significant falls in terrorism are Iraq and Syria with deaths falling by 5,500 and 1,000 respectively. The large falls in the number of deaths in Iraq and Syria is mainly the result of ISIL’s continuing decline. The number of deaths from terrorist attacks attributed to ISIL fell by 52 per cent in 2017. There was a corresponding decrease in the lethality of attacks, highlighting the weakening capacity of the organisation. Despite its reduced capacity ISIL remained the deadliest terrorist group globally in 2017. ISIL has now lost most of its territory and nearly all of its revenue with the reduced capabilities being reflected in the diminishing rate of deaths per attack. Preliminary data suggests this trajectory will continue into 2018.

Although the number of deaths from terrorism has fallen considerably over the last three years, new threats continue to emerge. Islamist terrorist organisations have proven to be highly resilient and fluid, splintering and forming new groups and alliances at a rapid rate. Of the 169 terrorist groups responsible for at least one death in 2017, 42 were new groups or groups that had not caused any deaths in the three previous years. In 2017, the most active new group were Hay’at Tahrir al-Sham in Syria, which was responsible for 177 deaths.

Western Europe recorded a marked fall of 52 per cent in terrorism with France, Germany and Belgium all recording a significant fall in death from terrorism. In 2017, the number of deaths fell to 81 from 168 in the previous year. This trend has continued into 2018 with only eight deaths being recorded to October 2018.

Steve Killelea explains: “The marked improvements in Europe can be attributed to a number of reasons. ISIL has lost much of its attractiveness due to its military defeats and weakened capabilities to mount attacks in Europe. Increases in counter-terrorism funding, combined with better surveillance techniques, have also contributed to the steep reduction of deaths in Europe from terrorism. However, interestingly, although deaths from terrorism in Europe have decreased, the number of terrorist incidents increased in this period. This highlights that ISIL is losing its ability to plan and coordinate larger scale terrorist attacks, as a result of lessened capabilities and increased counterterrorism measures.”

Global Terrorism Index (GTI) The GTI by the Institute for Economics & Peace provides a comprehensive summary of the key global trends and patterns in terrorism over the last 17 years. The report ranks 163 countries (99.6 per cent of the world’s population) according to how impacted they are by terrorism. The indicators include the number of terrorist incidents, fatalities, injuries and property damage. 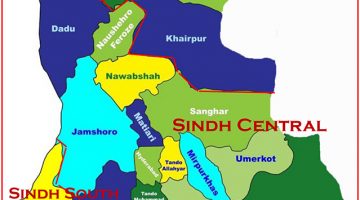