Two people were killed and others injured as three blasts strike outside university’s engineering faculty. 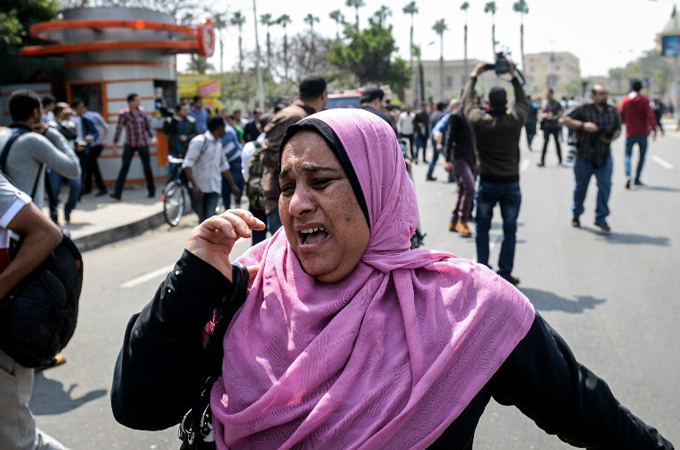 Two people, including a police brigadier-general, have been killed and seven others were wounded after a series of explosions outside Cairo University in Giza governorate, according to state media.

Officials said the first two bombs went off seconds apart on Wednesday, and that the explosive devices had been concealed in a tree between two security posts.

A third explosion went off shortly afterwards near a police checkpoint, although there was no confirmation about the number of casualties. Egypt’s interior ministry said that device was also planted in a tree.

The officer killed was identified as General Tarek al-Mergawi. According to AFP news agency, he was a chief detective who would have dressed in civilian clothes.

The explosions happened at the university’s engineering faculty during clashes between students and security forces.

Police cordoned off the area, searching for other possible explosive devices. Helwan University, south of Cairo, was also evacuated and state TV reported arrests at Mansoura University, north of the capital.

Though usually limited to the restive Sinai peninsula, attacks have spread to major urban areas in the mainland.

Two soldiers, including a brigadier-general, and five fighters were killed in clashes in Qalubiya province north of Cairo in March.

Supporters of Morsi have staged regular protests against the military-appointed government, which have often ended with bloodshed.

The government says fighters have killed almost 500 people, most of them police and soldiers since Morsi was ousted following protests against his rule.