Sydney; (Press Release);  Minister for Sport and Recreation, Gabrielle Upton, has announced that tickets are now on public sale for the biggest sporting event in the world in 2015 – the ICC Cricket World Cup. 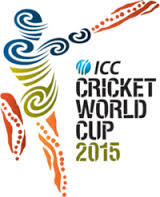 “Cricket fans have just 365 days to go until Cricket’s most prestigious international tournament, the ICC Cricket World Cup, returns to Australia for the first time in 23 years,” Ms Upton said.

“This event is truly family friendly and offers unbeatable value for money with tickets for pool matches just $5 for children and from $20 for adults, meaning a family of four can attend a match from $50.

“Tickets sell on a first come, first serve basis – so get in quickly to secure the seats and matches you want to attend.”

Minister Upton said the Countdown Clock will tick off the days, hours and minutes until the first match of the Tournament.

“During the ICC Cricket World Cup, Sydney will welcome tens of thousands of international, interstate and visitors from around the State and be exposed to a global television audience of more than 1 billion people,” Ms Upton said.

“There are thousands of cricket lovers all around the world who have been saving up their pounds, rupees and rand who will follow their teams to Australia for next year’s ICC Cricket World Cup. With tickets on sale, they can now lock in their itineraries and book their flights and hotels, and plan their side trips between matches. While we are 365 days out from the tournament, the benefits for our economy will really start flowing from now.

“I am delighted NSW will be hosting five matches including a blockbuster semi-final at the Sydney Cricket Ground on Thursday 26 March 2015.”

Minister for Tourism and Major Events, George Souris, added Sydney has earned a global reputation as a destination for major international sporting events which add significant value to the NSW economy.

“Sydney and NSW has the nation’s best Events Calender which includes the Opening Series of Major League Baseball in March, Italian Giants Juventus tour in August, the Bledisloe Cup for the next decade, international surfing, motor sports and top class racing to NSW,” Mr Souris said.

“The tournament will give our State the chance to promote our wonderful city to key international markets and help create new and exciting opportunities in tourism and trade.

Minister Upton added “The people of NSW and Sydney have a great track record of embracing international athletes and fans to our shores, and getting involved in the multicultural events surrounding an event like this. I look forward to seeing local and international fans from India, Sri Lanka, Pakistan and the other competing nations get into the spirit and rivalry of this great event.”

NSW will host the following matches: