DHAKA: The Bangladeshi hosts of cricket’s World Twenty20 threatened to ban local supporters Tuesday from stadiums if they are seen carrying the flags of any of the other teams competing in the tournament. 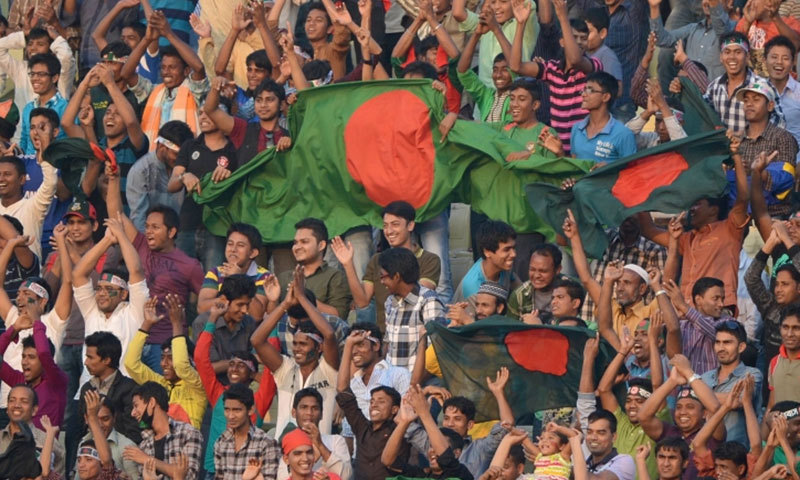 The order came after an outcry over images of locals waving Pakistani flags during the recently concluded Asia Cup, also held in Bangladesh.

A Bangladesh Cricket Board (BCB) spokesman said the board had issued a directive after it “noticed that some local fans were flying foreign flags flouting the country’s flag rules”.

“We’ve received instruction in this regard,” the spokesman told AFP, without clarifying.

“As such we’ve ordered security officials and guards to make sure Bangladesh fans cannot carry or fly flags of foreign nations in the stadiums.”

Bangladesh was part of Pakistan before the 1971 war of independence.

The BCB order came on the eve of Bangladesh’s 44th Independence Day celebrations, marking the day when the nation went to war against Pakistan.