One of Colombia’s most notorious hired killers, John Jairo Velasquez, has been releas 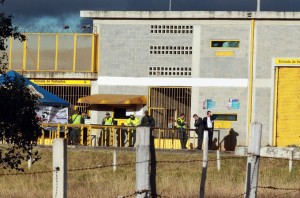 ed from prison after serving 22 years of his 30-year sentence for murder, police and judicial sources have said.

Velasquez, better known by his nickname “Popeye,” was paroled on Tuesday evening after helping prosecutors convict a former justice minister.

He was the hit man and one of the most-trusted lieutenants  of the Colombian drug kingpin, Pablo Escobar, and had boasted of killing 300 people and organizing the killings of 3,000 others.

Relatives of his many alleged victims protested in front of the Combita high-security prison in central Colombia from where he was released.

Velasquez was convicted for the murder of presidential hopeful Luis Carlos Galan in 1989, who took a hard line against the country’s powerful drug cartels and was the favourite to win the election.

The assassination was carried out by gunmen loyal to Escobar, the founder of the Medellin cartel.

Now aged 52, Velasquez has confessed in numerous media interviews to crimes ranging from kidnapping former president Andres Pastrana to murdering his own girlfriend, all on his late boss’ orders.

He was granted “conditional release … for a trial period of 52 months and 22.7 days,” said a judicial order seen by the AFP news agency.