Australia – Twenty-five years after the first Clean Up Australia Day, volunteers have cleared their 300,000th tonne of rubbish. More than half-a-million Australians carted around the signature yellow rubbish bags on Sunday at more than 6000 sites around the country, the organisation says.

After returning from an around-the-world yacht race in 1987, where he found the world’s oceans befouled with rubbish, Mr Kiernan organised a community event to help combat the spread of litter in public parks and waterways around Sydney.

And although that first event in Sydney Harbour was a great success, he says, he never could have anticipated Clean Up Australia’s ultimate impact across the country, 25 years later.

“Australians have a great history of being very keen volunteers. They are used to rolling up their sleeves and getting stuck into a challenge, and that’s what they’ve done with Clean Up Australia. “It’s a very simple idea, but the community has taken it up. They own it.” 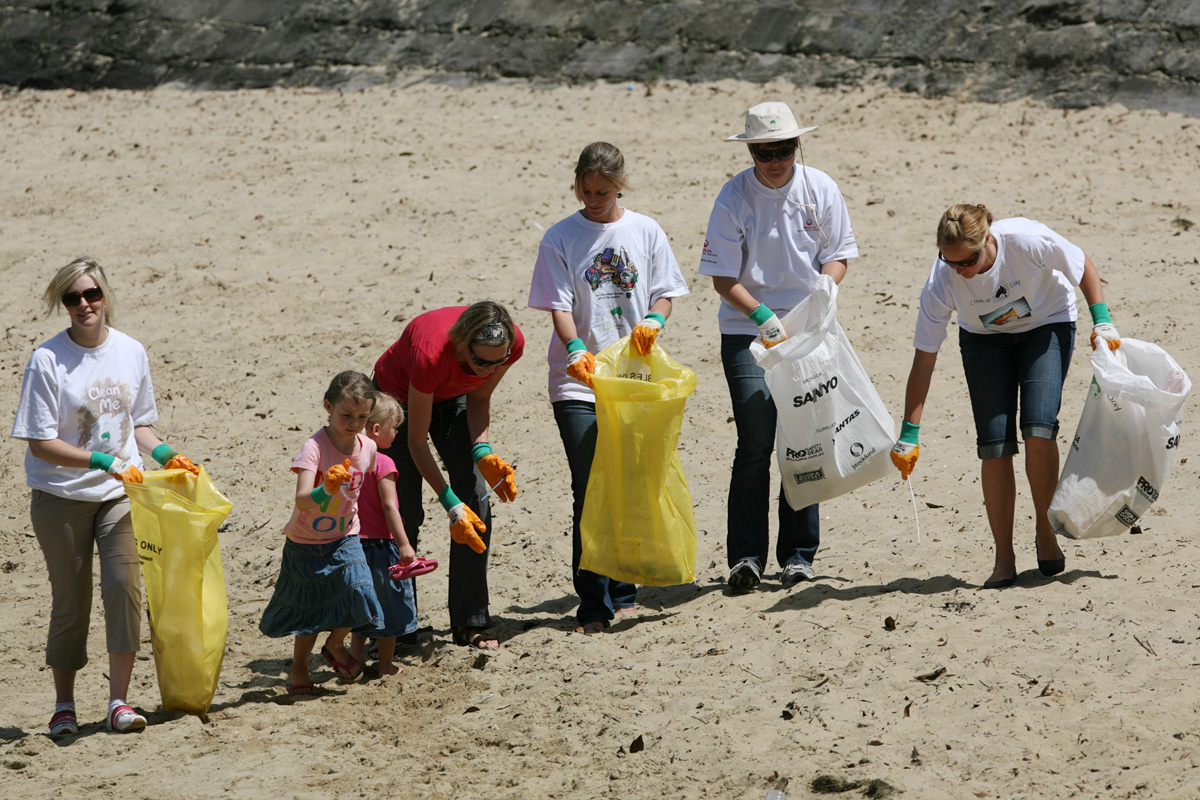 “There’s no doubt” Australia is a cleaner place than it was 25 years ago.”The support for the event continues to grow as we become more aware of the importance of protecting our local environment,” he said.But he said volunteers continue to find “staggering” amounts of cigarette butts, glass, plastics and paper.Around 80 per cent of the rubbish removed each year is recyclable.

Since its inception in 1990, Australians have donated 28.75 million hours of their time to collect rubbish in the parks, rivers, streets and garden beds of the nation, ridding the natural environment of more than 30,000 tonnes of rubbish.

Beth Hazell, 61, co-ordinated a Clean Up Australia event for Penrith Anglican College, where she is a teacher. Alongside about 200 others, Ms Hazell helped make Regatta Park in Emu Plains spick-and-span.

In her sixth year as an event co-ordinator, she says Clean Up Australia is a great way to instil in students the idea of community service and responsibility.