Sri Lankan Ministry of External Affairs has expressed its surprise at some of the recent statements on the outcome of the case filed by the LTTE in 2011 at the General Court of the European Union in which the Council of the European Union was the defendant supported by the Kingdom of the Netherlands, the United Kingdom and the European Commission as interveners. In a statement the Sri Lankan Foreign Ministry official termed the “statements by interested parties” as “based on an inaccurate premise.” 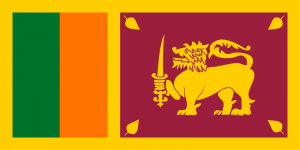 The Ministry of External Affairs clarified that from the outset of the case being filed, legal advice and expert opinion were sought from within the European Union system and specialist European lawyers.

Accordingly, the Government of Sri Lanka took action in the most effective manner available, by providing material of a substantive nature to the defendant and the interveners on a regular basis. “This was in accordance with Sri Lanka being a non-member state of the European Union and having therefore to meet special conditions, contrary to the national interest of Sri Lanka, in order to be allowed to intervene itself in cases before the General Court of the European Union”, the statement added.

The Sri Lankan official added that “in these circumstances the Government of Sri Lanka provided all relevant material to the European Commission in order to assist the Commission to resist the claim by the LTTE.” The defendant and interveners had recourse to an appellate procedure within the stipulated period from the notification of the judgment.

The statement also added that with regard to future action, the named parties have the options of adoption of new restrictive regulations, appeal to the European Court of Justice and national measures by European Union member states.

The Government of Sri Lanka has already commenced and will continue to assist the parties to the case in their future course of action, in the interest of protecting its citizens against intimidation through extortion by the remnants of the LTTE and the possible resurgence of terrorism in the country. The government regards this as a matter of the highest priority.