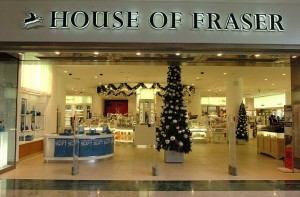 Sanpower, a Nanjing-based conglomerate run and founded by Yafei, is in “advanced talks” to buy the 161-year-old British group, Sunday Times said without citing its source.

The offer has been accepted by House of Fraser chairman Don McCarthy, whose family controls 20 per cent of the firm, the newspaper noted.