The catch-up boom in China, India, Brazil is largely over and will be followed by a drastic slowdown during the next decade, according to a grim report by America’s top forecasting body. 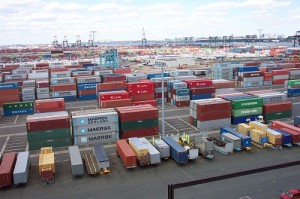 Europe’s prognosis is even worse, with France trapped in depression with near- zero growth as far as 2025 and Britain struggling to raise its speed limit to 1 per cent over the next three parliaments.

The US Conference Board’s global outlook calls into question the BRICs miracle (Brazil, Russia, India, China), arguing that the low-hanging fruit from cheap labour and imported know-how has already been picked.

Growth in India – where the reform agenda has been ‘‘largely derailed’’ – will fall to 4.7 per cent to 2018, and then to 3.9 per cent. Brazil will slip to 3 per cent and then 2.7 per cent. Such growth rates will leave these countries stuck in the ‘‘middle-income trap’’, dashing hopes for a quick jump into the affluent league.

‘‘As China, India, Brazil, and others mature from rapid, investment-intensive ’catch-up’ growth, the structural ’speed limits’ of their economies are likely to decline,’’ it said.

The fizzling emerging market story is a key reason why the West has relapsed this year.

The Conference Board says Europe’s demographic crunch and poor productivity have reduced trend growth to near 1 per cent, though it could be worse if the region makes a hash of monetary policy and follows Japan into a ‘‘structural deflation trap’’.

Large numbers of people may be shut out of the jobs market forever.

Germany will outperform Italy and France massively over the next five years, implying a bitter conflict within the eurozone over control of the policy levers. While the report does not analyse debt-dynamics, it is hard to see how the Club Med bloc could keep its head above water in such a grim scenario.

Bert Colijn, the Board’s Europe economist, said France’s woes stem from low investment and delayed austerity. He thinks Spain will fare better, growing at 1.8 per cent until 2025 as ‘‘creative destruction’’ unleashes fresh energy. America has a younger age profile and should eke out 2.5 per cent to 3 per cent growth until 2018 as the ‘‘output gap’’ closes, and 2 per cent thereafter.

The Board said lack of demand lies behind the current global malaise, but the fading technology cycle may prove a greater threat over the long term. The thesis is based on work by Prof Robert Gordon from Northwestern University, who says the creative burst of the past 250 years is a ‘‘unique episode in human history’’ and may be fading.

The Board’s forecast is starkly at odds with an OECD report last week predicting that China would grow at 6.6 per cent until 2030, and India at 6.7 per cent – propelling the two powers to global dominance.

Apostles of the BRICs revolution are certain to dispute the claims. Yet there could be no clearer sign that the emerging market euphoria of the past decade has fully deflated.