Chad has decided to withdraw five exploration permits issued to a Chinese company and press charges in a row over a $1.2bn fine for environmental violations, the oil ministry has said. 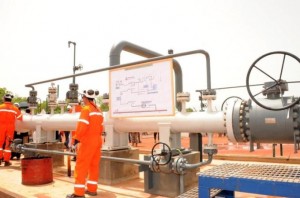 Djerassem Le Bemadjiel, Chad’s oil minister, told a news conference on Saturday that the move was “to avoid further environmental degradation, not to make place for other companies”.

The China National Petroleum Company (CNPC) was forced to suspend operations in Chad in May after refusing to pay a fine of $1.2bn for “unacceptable practices” that had led to “noxious spills” around drilling sites.

The government of the large central African nation also said it planned to press charges against the CNPC both in Ndjamena and in France, whose commercial court has a chamber specializing in international disputes.

“Amicable negotiations are no longer possible. All efforts have been in vain,” government secretary general Abdoulaye Sabre told the news conference.

“Next week a government delegation will go to Paris to file a complaint with the commercial court for refusal to pay a fine.”

A second complaint has been made in the capital Ndjamena for “environmental degradation and endangering the lives of others,” he added.

Chad, which began exploiting its oil deposits in 2003, has a history of difficult relations with Chinese companies operating on its soil.

In March, Chadians working for one of the Chinese companies went on strike to denounce their working conditions and demand salary increases.

Oil revenues have allowed the country to modernise its army and improve its road networks and public infrastructure.

However, parts of civil society are urging the government to use more of the new oil wealth to improve the living conditions of the population.