‘Captain America: Civil War’ has taken in $310.5 million domestically with a worldwide haul of $987 million, making it the biggest hit of the year thus far.

Disney-Marvel’s ‘Captain America: Civil War‘ – the third chapter in the ongoing Captain America saga is now the biggest movie of 2016 worldwide. And that’s no small feat. Though it is the official first movie of the summer, it also comes in the wake of some blockbuster releases.

According to Entertainment Weekly, the Disney release is the biggest global movie of 2016, having made $310.5 million domestically and $671.4 million internationally for a worldwide total of $981.9 million so far. The film passed Disney’s “Zootopia,” which has taken home $971.3 million globally since its March 4 release.

Notably, three of this year’s five highest-grossing global movies so far belong to Disney: Civil War, Zootopia, and The Jungle Book, which has made $831 million worldwide.

Meanwhile, Chris Evans has said that he wants to continue playing Captain America, despite previously suggesting otherwise. Evans will next appear as Captain America in two-part sequel Avengers: Infinity War, the first part is set to be released in 2018.

Civil War is now the fourth MCU film to surpass the $1B threshold, joining The Avengers ($1.518B), Avengers: Age Of Ultron ($1.405B), and Iron Man 3 ($1.215B). Civil War is also Disney’s 10th billion-dollar release out of the 25 films that have reached the milestone in the history of the industry.

Captain America 3 is only entering its 3rd weekend in release this Friday. And while it will face some big competition, especially when it comes to Angry Birds, the movie still has a long road ahead of it at the box office. This weekend will likely push the movie to $1 billion worldwide, making it the first 2016 release to achieve the milestone. 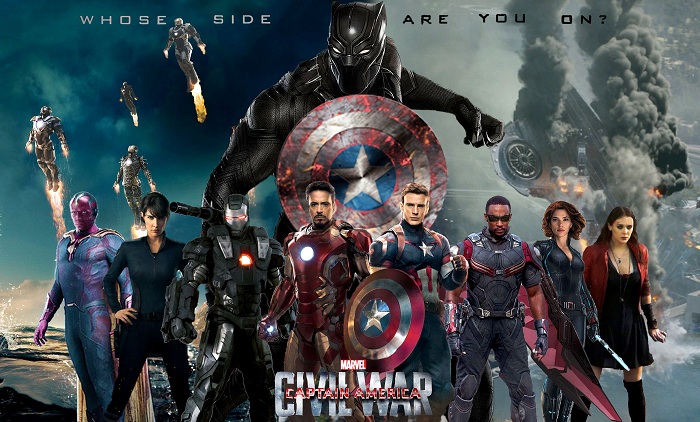