Canada’s Conservative government says a backlog of skilled immigrant applications, which has clogged the system for years, is declining rapidly and will be eliminated by the end of next year. 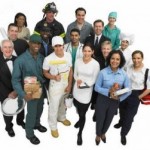 Immigration Minister Jason Kenney says about 100,000 applications are still in the system, down from 640,000 just a few years ago.

Kenney told a news conference that the eradication of the wait list means a new immigrant labour pool from which employers and provinces can choose will be established ahead of schedule.

The backlog was culled by a measure in last spring’s contentious omnibus bill, which threw out 280,000 applications filed prior to 2008, a controversial move that saw the federal government refund $130 million in application fees.

Without flushing the system, it was estimated the backlog wouldn’t be cleared until 2017, but the decision is being challenged in court by lawyers who plan to launch a class-action lawsuit on behalf of people whose applications were expelled.

Kenney says that by the end of 2013, the government will be able to process skilled immigrant applications within a year, rather than eight years, which had become the norm.

He says the reforms are “finally unshackling Canada from the outrageous backlogs and wait times of the past,” and will bring people who are likely to find and keep good jobs into the country. “The system had become totally dysfunctional. It was broken, and it was getting worse,” Kenney said. “Strong action was necessary.”

The Conservatives in 2008 imposed limits on the number of skilled immigrant applications they would accept, and with that action alone, Kenney says, the backlog was sliced in half.

Kenney has also announced that Canada plans to admit between 53,500 and 55,300 new Canadians in 2013 under the revamped federal skilled worker program, which will be geared more toward accepting young people. Overall immigration targets will remain frozen at between 240,000 and 265,000.