Toronto ( November 12, 2012): Ottawa takes the issue of a peaceful resolution to the dispute in Kashmir seriously and continues to monitor the situation there, says Canada’s Foreign Affairs Minister John Baird. 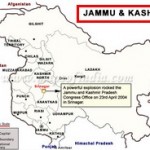 The Honourable John Baird, Minister of Foreign Affairs, in a letter thanked Mr. Mushtaq A. Jeelani, Executive Director of Peace and Justice Forum (PJF), for his letter to the Prime Minister regarding the unresolved Kashmir issue and intensification of systematic human rights violations against civilians in Indian-administered Jammu and Kashmir.

“As you note in your letter, the promotion and protection of human rights is an integral part of Canada’s foreign Policy,” states the Honourable John Baird. He underlines, “Canada stands up for human rights and takes principled positions on important issues to promote freedom, democracy, human rights and the rule of law around the world.”

The Minister further elaborates: “For example, Canada is creating a new Office of Religious Freedom within the Department of Foreign Affairs and International Trade. The Office is a key component of the Canadian government’s efforts to advance human rights, including freedom of religion, around the world.”

“The Government of Canada takes the issue of a peaceful resolution to the dispute in Kashmir seriously and hopes that all sides [the people of Kashmir, India and Pakistan] will see their way to resolving this situation through dialogue,” underscores Minister of Foreign Affairs.

“Canada continues to monitor the situation [in Kashmir] through its High Commission in New Delhi,” maintains the Honourable John Baird.

“Canada recognizes that India is a highly diverse country facing many challenges but one that serves as an example where civil society and democracy flourishes and the press plays an active and responsible role in reporting alleged human rights abuses,” expresses the Minister.