Canada is the sixth most prosperous country in the world, topped only by Australia, New Zealand and three Scandinavian countries, according to a British think-tank’s new prosperity index. 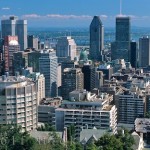 Norway, Denmark and Sweden lead the world overall in the Legatum Institute’s 2012 index that assesses the “wealth and well-being” of 144 countries through data in eight categories: economy; education; entrepreneurship and opportunity; governance; health; personal freedom; safety and security; and social capital.

Canada ranks first in personal freedom, and scores 7.43 out of 10 in “average life satisfaction.” Canada slides to 16th when it comes to entrepreneurship and opportunity, a category that measured things like secure Internet servers, business startup costs and research and development expenditure.

The U.S. dropped out of the top 10 for the first time, falling to 12th on the list from the London-based institute, which describes itself as an independent, non-partisan public policy organization. Many European countries continue to languish in the midst of the ongoing economic crisis. Two exceptions include the Netherlands and Ireland, which rose to eighth and tenth in the rankings.

Finland and Switzerland round out the top 10, at seventh and ninth, respectively. The U.K. came in 13th.