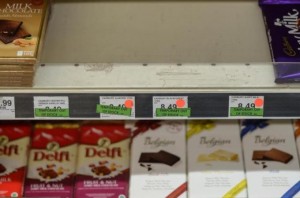 Chocolate maker Cadbury Malaysia has launched an investigation after two of its products were found to contain traces of pork DNA.

The company voluntarily recalled its Dairy Milk hazelnut and Dairy Milk roasted almond bars last Saturday after Malaysia’s Ministry of Health confirmed it had found pork DNA in them.

Cadbury Malaysia, on its Facebook page and official website, said: “We understand how important halal is to the Muslim community. It is also of the highest importance to us here at Cadbury. Since our first learning of this, we have been actively engaging with the concerned authorities to investigate the issue with the highest urgency.”

It had initially played down reports – circulating on social media – that its products were affected.

However, the company said on Monday: “We share your concerns and sympathize with the anxiety this issue has caused you. Nothing is more important to us than your trust.”

Malaysian media reported on Wednesday that the Ministry of Health’s findings were leaked before they were confirmed.

The New Straits Times quoted the Health Minister, Datuk Seri Dr S Subramaniam, as saying it was “up to the public” whether legal action was appropriate.

The newspaper also said that at least a dozen Islamic NGOS were demanding tougher action against the company, such as the closure of all its factories.