Brisbane has endured battering winds, rain and hail-stones the size of golf balls in the worst storm to have hit the Australian city in decades, leaving streets flooded, power lines cut and at least 39 people injured. The storm struck during the afternoon rush hour on Thursday, trapping commuters for hours in stalled electric trains, while cars were seen driving through high levels of floodwater. Eyewitness Ian Roth described the aftermath as “like a warzone”. “When I was walking back from the shopping mall there were trees ripped out,” he said. 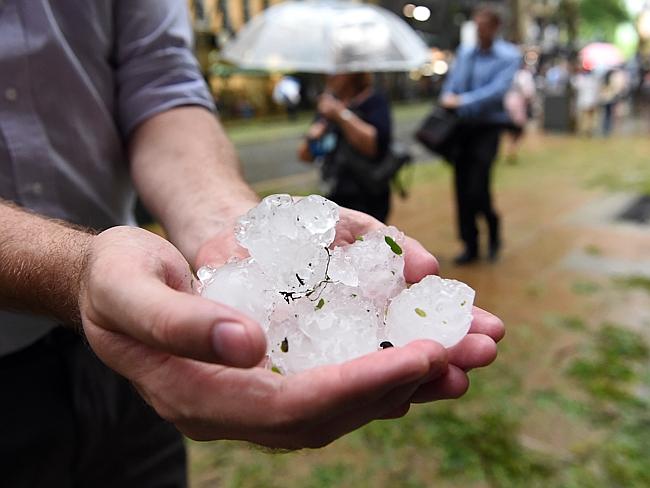 State-owned electricity supplier Energex said up to 90,000 homes had been left without power in Australia’s third largest city, after hundreds of power lines were brought down by the storm’s strong winds on Thursday. Transport Minister Scott Emerson estimated the cost of the damage at more than $100m (Australian dollars as yet. Energex had emergency teams working overnight to reconnect customers. But 68,000 homes remained blacked out by Friday morning.

“It looks like the apocalypse,” said one resident of an apartment building that had its metal roof wrenched off by the storm and blown more than 100 metres. Television news broadcasts showed high-rise windows smashed, light planes flipped upside down on an airfield and cars almost completely submerged in flooded streets.

Meteorologists described it as a “supercell” storm – formed after an ordinary storm cell encountered moist air from sea breezes. The supercell was created when two smaller storm cells merged, creating a huge, complex storm system with a vortex at its centre.

Queensland state Premier Campbell Newman said it was the worst storm in 30 years to hit Brisbane, Australia’s third largest city with a population of 2.2 million people. “I’m astounded but so grateful that that is all that we’ve got, given the amount of shrapnel flying around last night,” he said.

Premier Newman also called on the Australian Defence Force to help with massive clean-up operation after the storms, labelled as “catastrophic”, hit the city by hailstones the size of golf balls and destructive gusts up to 140km/h.

Lord Mayor Graham Quirk encouraged residents to sort their rubbish into two piles – one for damaged items and the other for green waste. The Lord Mayor said the council was consistently looking at improving drainage, having spent $60 million in the last financial year. “I don’t think any city in the world could engineer their way out of some flood events or some storm events and what we had the other night was clearly very intense,” he said. 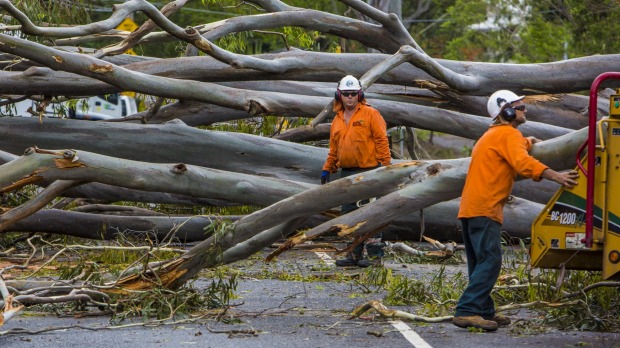 However Premier Campbell Newman said little could be done for businesses hit by the freak weather event. While saying his “heart goes out” to affected businesses, including car dealerships, he said it was too early to tell how crippling the storm had been on the local economy. “Government’s not, and never has been, in the business of bailing out businesses from extreme weather events,” Mr Newman said. “The government only is there to look after the most disadvantaged in the community.”