Premier and Minister for Western Sydney Barry O’Farrell has announced farmland  within the Western Sydney Parklands will be rejuvenated – in a move that will create 100 jobs, provide up to $45 million of investment and boost tourism through the creation of a farm gate trail. 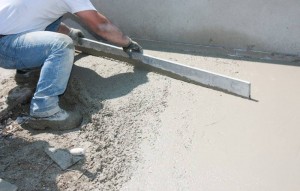 “This is a win for farmers as the high price of land and urban expansion has restricted the amount of land available for agriculture in Western Sydney,” Mr O’Farrell said.

“Under the plan, 11 farm lots will be leased ranging in size from five to 31 hectares.

“The farming boost will see 100 agricultural jobs created in Western Sydney and up to $45 million of public and private investment in the local economy over the next 10 years.

“It’s also great for the environment because the plan will result in more food being grown in Western Sydney – reducing the ‘food miles’ needed to transport fresh produce from the farm gate to dinner plates in the city’s west.

“The Horsley Park farming precinct will become a popular tourist destination with a new farm gate trail created, allowing consumers to buy fresh produce directly from the people who grew it.”

Minister for the Environment Robyn Parker said the 159 hectares of existing farmland land included as part of this plan is made up entirely of underutilised farmland.

“This land will be transformed into a rural haven – providing fresh local produce, jobs for local people and an economic boost to Western Sydney,” Ms Parker said.

“As part of the plan we will improve the appearance of the precinct, plant more trees along key roads, provide additional public space and improve cycle and walking trails.”

The Horsley Park precinct is ideally located for urban farming – it is next to the M7 and is close to the M2 and M5, food distribution centres and markets.