SEATTLE: Bill Gates, the former chief executive and chairman of Microsoft Corp, will have no direct ownership in the company he co-founded by mid-2018 if he keeps up his recent share sales.

Gates, who started the company that revolutionized personal computing with school-friend Paul Allen in 1975, has sold 20 million shares each quarter for most of the last dozen years under a pre-set trading plan. 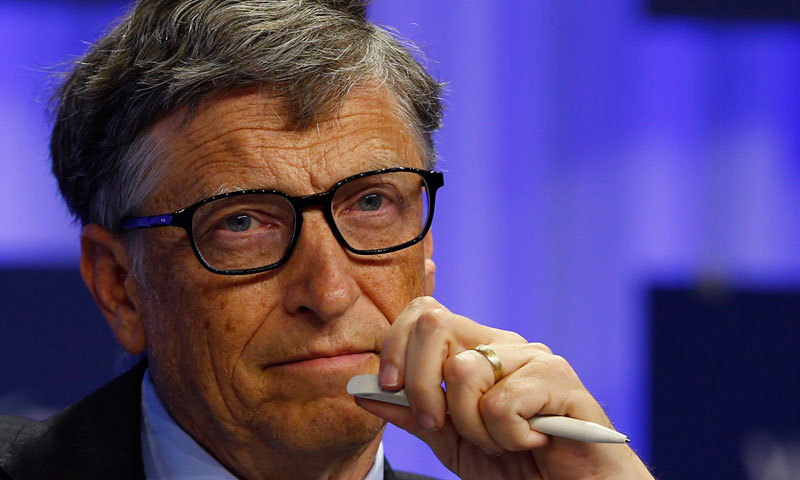 Assuming no change to that pattern, Gates will have no direct ownership of Microsoft shares at all four years from now.

With his latest sales this week, Gates was finally eclipsed as Microsoft’s largest individual shareholder by the company’s other former CEO, Steve Ballmer, who retired in February, but has held on to his stock.

That gives both men around 4 percent each of the total outstanding shares, making them by far the biggest individual shareholders. Fund firms The Vanguard Group, State Street Global Advisors and BlackRock have slightly bigger stakes, according to Thomson Reuters data.

Gates owned 49 percent of Microsoft at its initial public offering in 1986, which made him an instant multi-millionaire. With Microsoft’s explosive growth, he soon became the world’s richest person, and retains that title with a fortune of about $77 billion today, according to Forbes magazine.

Gates handed the CEO role to Ballmer in 2000, and stood down as chairman in February. He remains on the board and spends about a third of his time as technology adviser to new Microsoft CEO Satya Nadella.

For the past six years, his focus has been on philanthropy at the Bill & Melinda Gates Foundation, which is largely funded by his Microsoft fortune.