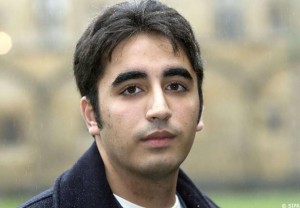 According to sources, the PPP is considering four names for the slot of Sindh Chief Minister that include Bilawal Bhutto Zardari. The decision to replace Qaim Ali Shah was taken after reviewing his bad performance in education, health and other sectors, the sources added. Several meetings have been held while few sessions took place in Dubai during the last 1.5 month. Meanwhile, the final decision will be taken by Asif Ali Zardari on April 4.

On the other hand, Muttahida Qaumi Movement (MQM) is likely to join PPP in the coming days. According to sources, Rehman Malik is playing an active party in forming an alliance with the MQM. Though any statement has not been issued, however, MQM leader Farooq Sattar confirmed that coordination committee was consulting in this regard.