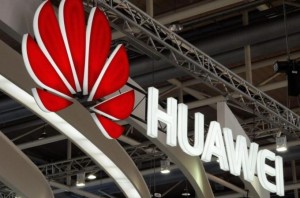 Beijing has called for a clear explanation from Washington over a report that the US National Security Agency (NSA) infiltrated servers at the headquarters of the Chinese telecoms giant Huawei, China’s foreign ministry has said.

Hong Lei, the ministry’s spokesman, said on Monday that China was “extremely concerned” about the spying allegations.

“Recently, the international media has put out a lot of reports about the eavesdropping, surveillance and stealing of secrets by the United States of other countries, including China,” he told a regular briefing.

Beijing itself has repeatedly been accused of large-scale cyber-espionage, which it vehemently denies. The Chinese reprimand came after a top Huawei official similarly denounced the NSA.

“If the actions in the report are true, Huawei condemns such activities that invaded and infiltrated into our internal corporate network and monitored our communications,” Roland Sladek, Huawei’s vice president for international affairs, said in a statement.

He added that Huawei “disagrees with all activities that threaten the security of networks” and stressed the company’s willingness to “jointly address the global challenge of network security”.

Washington has long seen the Shenzen-based telecommunications company as a security threat due to perceived close links to the Chinese government, which the company denies, and both the US and Australia have barred it from involvement in broadband projects over espionage fears.

Der Spiegel also reported that the NSA was targeting China’s political leadership, including former President Hu Jintao, as well as the trade and foreign ministries.

The news reports were published days ahead of a planned meeting between US President Barack Obama and his Chinese counterpart Xi Jinping on the sidelines of this week’s Nuclear Security Summit in The Hague.

Questions over cyber-espionage have cast a shadow over China-US ties, with each side accusing the other of spying.