The former Real Madrid and Barcelona midfielder signs a two-year deal to replace Tata Martino at the Nou Camp. 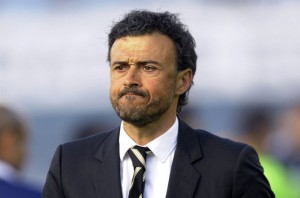 The 44-year-old replaces Gerardo Martino, who stepped down after one season in charge having failed to win a major trophy.

“Luis Enrique has been chosen as the new first team trainer having been given the backing of sports director Andoni Zubizarreta,” Barca said in a statement.

Luis Enrique, a former Spain international who also played for Real Madrid, took over from Pep Guardiola as coach of Barca’s B team in 2008 before a brief and troubled stint at Serie A club AS Roma.

He announced he was leaving Celta on May 16 despite having a year left to run on his contract.

Celta hired him to replace Abel Resino in June last year and the Galician club have impressed under his leadership, playing some of the most attractive football in Spain.

Enrique is seen as a Barca insider who will remain true to the club’s possession-based style with its focus on relentless attack.

The Catalan club also confirmed the signing of goalkeeper Marc-Andre Ter Stegen from Borussia Moenchengladbach and the return of Rafa Alcantara “Rafinha” and Gerard Deulofeu who have been out on loan at Celta Vigo and Everton respectively.

The highly-rated Ter Stegen has been strongly linked to Barca for most of the season following the decision of Victor Valdes to quit the club.