Officials in Bosnia and Serbia say floods that killed scores and displaced half a million will cost countries billions.

The cost of the recovery operation following devastating floods in the Balkans may amount to billions of dollars. 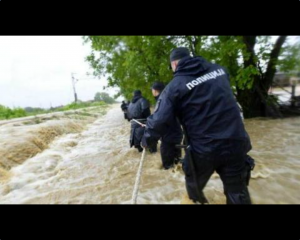 Both Bosnia and Serbia said they will need international help, as EU and NATO officials visited affected areas on Wednesday to estimate damage.

Officials in Bosnia said they fear the damage caused by heavy rains and landslides would exceed that caused by the entire Balkan conflict fought between Bosniaks, Serbs and Croats between 1992 and 1995.

As waters receded, Serbian Prime Minister Aleksandar Vucic said that the damage in his country exceeded 0.64 percent of GDP, meaning that Serbia can apply for EU solidarity funds, the AP news agency reported.

The heavy rainfall, which began last week, was the highest ever recorded in the Balkans. Excess water led to rivers breaking their banks and landslides that left 49 people dead and half a million people displaced.

The number of people killed included, 27 in Serbia, 20 in Bosnia and two in Croatia.

Some 100,000 homes and 230 schools were destroyed by the torrents and hundreds of landslides.

In Serbia, 3,500km of roads have been destroyed or damaged and about 30 percent of railway lines still cannot be accessed.

A mine exploded near the village of Cerik in Bosnia, where the water had moved one of more than 9,000 minefields left over from the war. Nobody was hurt by the blast.

The two Balkan states are among the poorest in Europe, with unemployment rates close to 44 percent and property insurance a rarity.