The penthouse in the Melbourne high-rise, Australia 108 has sold for $25 million

MELBOURNE (Australia) — Southbank’s planned Australia 108 is set to become Melbourne’s tallest building when construction finishes in 2019, but a Chinese businessman has already snapped up the penthouse for $25 million.

The entire 100th floor of the southern hemisphere’s tallest building under construction was bought by an international undisclosed businessman based in China who has paid $25 million – more than $33,000 per square metre – for a 750 square metre penthouse on the very top of Australia 108.

The previous record in Melbourne was in 2008 when a massive 958 square metre penthouse in Salta Properties’ 150 East complex sold to a Sydney businessman for $18.2 million penthouse – about $20,000 per square metre.

Andrew Leoncelli, the managing director of CBRE Residential Projects Victoria, the main real estate agent for the development, said the developer of the building had doubted a buyer could be found.

“We fought very hard to include it. We believed there had to be a buyer for it as an expensive trophy for a very well-heeled international businessperson, and that’s what’s happened,” he said.

Mr Leoncelli said the sale was significant and showed that Melbourne’s apartment market had matured and was affordable when compared with Sydney.

“Twenty-five million’s a lot of money but for 800 square metres it’s very reasonable value for money,” he said.

Mr Leoncelli said the buyer was a “very private and extremely wealthy” Chinese national with a family who spends time in New York, London and various parts of China as well as Melbourne, where he spends roughly three months of the year.

The buyer worked with designers to customise the apartment, which has a few unique features, he said.

It will have its own glass lift, which will take you from level 98 to the penthouse at level 100, as well as an “incredibly dramatic” three-storey staircase and inside, an enormous kitchen.

But Mr Leoncelli said the most impressive feature would be the private rooftop courtyard, which would look like a rectangular glass box within the living area.

“It will be directly open to the moon and the stars, the rain and the sun. So he can sit outdoors 320 metres up, in a very calm, windless environment,” he said.

Hailed as the most expensive single apartment ever sold in Australia,

Australia 108, being developed by World Class Land, an offshoot of Singapore developer Aspial, features 1105 apartments of which more than 1000 have been sold, many to offshore buyers.

Fifty-five apartments in the Australian 108 building are yet to be sold, two months after they went on sale.

The $25 million  sale was negotiated by CBRE Residential Projects and Tim Kennan, owner of KM Sales and Marketing, on behalf of World Class Land. 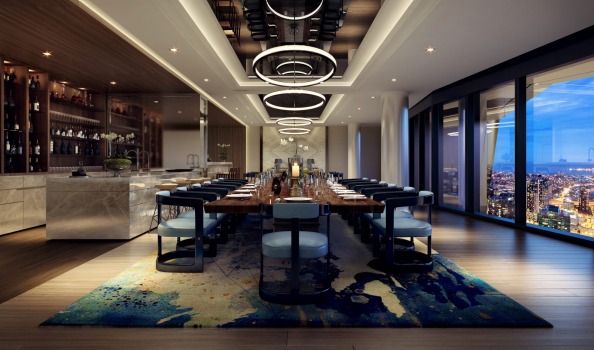 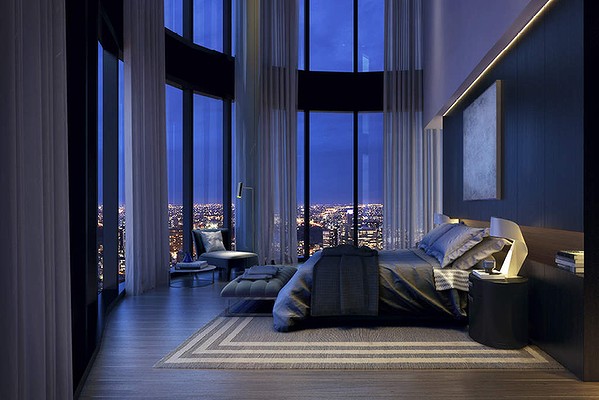 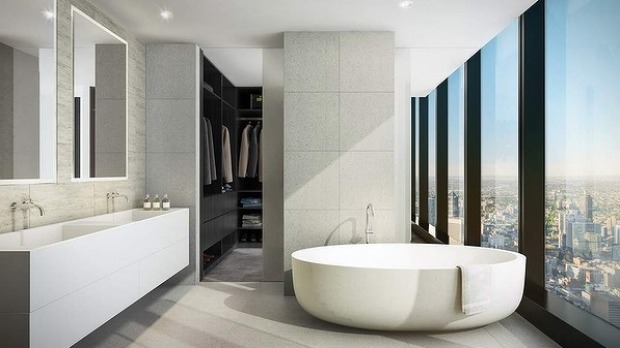 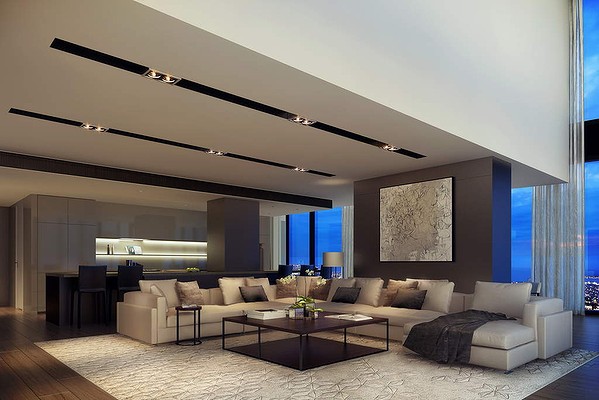