Australia’s first village designed to help people with dementia live safer and more fulfilling lives will be built in Tasmania.

The specially-designed suburb, expected to open in 2019, will featur­e  will include 15 houses, a supermarket, cinema, cafe, gardens and a beauty salon. Designed as a typical Tasmanian suburban cul-de-sac the development will allow residents to feel at home and wander freely within a safe environment.

The government will be providing some funding, however, $19 million will be funded by a collaboration between aged care provider Glenview Community Services and health sector superannuation fund HESTA.

The village, Korongee, will be based on a similar one in The Netherlands, the De Hogeweyk village, which mimics a small town setting and creates conditions so that residents are challenged by recognisable incentives to remain active in daily life.

Experts say the decision to built village for dementia sufferers in Tasmania will pave the way for alternative aged-care models to institutional nursing homes.

Dementia, the second leading cause of death in Australia, is forecast to increase to affect more than 1.1 million people by 2056. Tasmania is home to Australia’s oldest and fastest ageing population.

Dementia is a disorder that affects the brain and impacts on thinking, overall behaviour and the ability to carry out tasks that a person could usually carry out without any issues.

Glenview CEO Lucy O’Flaherty said the village would provide real life experience for those with dementia and result in positive outcomes.

“For us, this is actually about providing a service for those people that can’t afford to get into a service that might be bells and whistles that would cost dollars,” she told” she said in an interview with the ABC on the development. “This is actually about responding to the most disadvantaged in our community.”

Construction is expected to start next year and be completed by mid to late 2019. 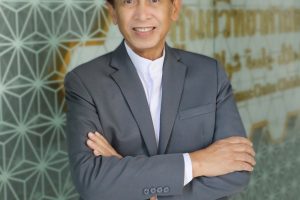