CANBERRA, (Australia) – Australian Competition and Consumer Commission (ACCC) said on Tuesday it was leaning toward blocking a tie up between Qantas Airways and China Eastern Airlines because it could increase fares on the popular Sydney-Shanghai route.

The Australian watchdog issued a draft decision to deny authorization for Qantas and China Eastern to coordinate their operations between Australia and China under an agreement proposed in November. The statement said that the tie-up could result in “significant public detriment” by giving Qantas and China Eastern increased ability and incentive to limit capacity and increase airfares on the Sydney-Shanghai route.

Commission chairman Rod Sims said the regulator understands the commercial reasons for the alliance, as Qantas wants to establish a gateway to Northeast Asia, but is concerned the two airlines have chosen to do so with their main competitor on the route.

Qantas and China Eastern account for more than 80 percent of the seats on direct flights between Sydney and Shanghai and are the only airlines offering daily flights.

However, the ACCC said these benefits are limited, and can already be enjoyed by passengers who fly China Eastern for the whole of their trip.
“They are the two major airlines on the route and the only airlines offering daily flights, and so the major competitive constraint on each other,” observed ACCC chairman Rod Sims.

“Competition between them will be greatly reduced under the proposed agreement.”

However, the head of Qantas international Gareth Evans said there is much broader competition on Australia-China routes beyond Sydney-Shanghai.

“There are more than 20 airlines already providing services between Australia and mainland China, and the sharp pricing on these routes demonstrates that the market is highly competitive,” he said in a statement.

“New traffic rights recently granted to Chinese carriers means the competition in this market will only increase, which underlines the importance of Qantas forming a strategic partnership with China Eastern so that we can strengthen our network and scheduling offer to customers.”

On November 17 last year China’s President Xi Jinping, Australia’s Prime Minister Tony Abbott, Qantaschief executive Alan Joyce and the chairman of China Eastern, Liu Shaoyong, lined up inside Parliament House for a happy snap to celebrate the inking of an agreement for a new operating alliance between the two airlines.

The deal was not conditional on the free trade agreement that Australia and China had just signed, but it was one of about 20 ceremonially inked on the day to demonstrate how closer commercial links could benefit both countries.

The most powerful government official in China had attended the signing ceremony, and his government controlled China Eastern. The head of Australia’s government was at the signing too, and Australia’s competition regulator had agreed to the Qantas alliance with Emirates covering flights into Europe.

Qantas and Shanghai-based China Eastern told the competition regulator that they were forming an alliance not to gain dominance over the Australian-China airline market, but to continue competing effectively in it as it grew.

More than 20 airlines provide services between the two countries, and in their submission Qantas and China Eastern estimated that they held market shares of 10.2 per cent and 19.3 per cent respectively.

In Tuesday’s draft decision rejecting the alliance the ACCC focused, however, not on the entire Chinese market, but on the market for flights between Sydney and China Eastern’s home base and airport hub, Shanghai.

The only direct Qantas flight to China is from Sydney to Shanghai, and the regulator estimated that the Australian group and China Eastern accounted for 83 per cent of the capacity on that route in the year to September 2014, up from 77 per cent four years earlier. Beijing-based Air China’s share fell from 23 per cent to 17 per cent over the same period.

vernment’s Department of Infrastructure and Regional Development backed the alliance, saying the market was competitive enough to negate the potential for anti-competitive conduct, and Australian tourism bodies and Melbourne, Perth and Cairns airports supported the deal. 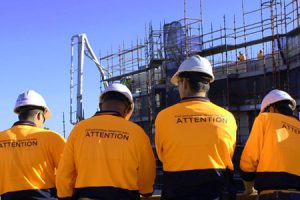