KABUL — Australia this week provided the Afghanistan Cricket Board (ACB) $21,000 in cash assistance for cricket gear for the country’s largest domestic tournament “Sixes.” 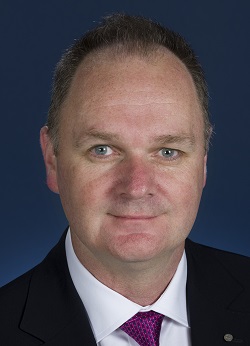 ournament and promised continued such assistance with the board. He said cricket had become one of Afghanistan national games and played a crucial role in preserving Afghanistan’s national unity.

The Australian envoy said his country and people supported the Afghanistan cricket body and recalled that when Afghanistan was playing the last World Cup in Australia and New Zealand, the Australians backed the Afghan team which was their second favourite side after their own team.

ACB deputy CEO Dost Mohammad Nazari thanked the Australian government and the Embassy for the assistance and said Australia had always assisted cricket in Afghanistan. Nazari said Afghanistan needed international assistance to enable the cricket board to stand on its own feet.

Ambassador Anderson said that cricket has been institutionalized as a national sport in Afghanistan and because of this Australia took the decision to help develop the sport.

Australia has in the past provided assistance for Afghan cricketers. This year they facilitated training camps in Australia and New Zeland for the Afghan team ahead of this year’s World Cup.