Save The Children has released its annual Mothers’ Index Rankings, which assesses the wellbeing of mothers and children in 179 countries from around the world.

Norway, Finland and Iceland took out the top three rankings, bumping Sweden down from its third ranking in 2014 to fifth this year.

Meanwhile, Australia maintained its position at number nine, which it shared with Belgium last year. Belgian mothers rounded out the top 10.

The United Kingdom and the United States did not fare as well, ranking 24th and 33rd respectively.

The Central African Republic, DR Congo and Somalia scored the lowest ranks among the countries surveyed.

An executive report reveals conditions for mothers and their children in the bottom 11 countries sees, on average, one woman in every 30 die from pregnancy-related causes and one child in eight die before his or her fifth birthday. Nine of those 11 countries are in West and Central Africa.

See the top 10 and the bottom 10 ranked countries below. The full list by Save The Children can be viewed here. 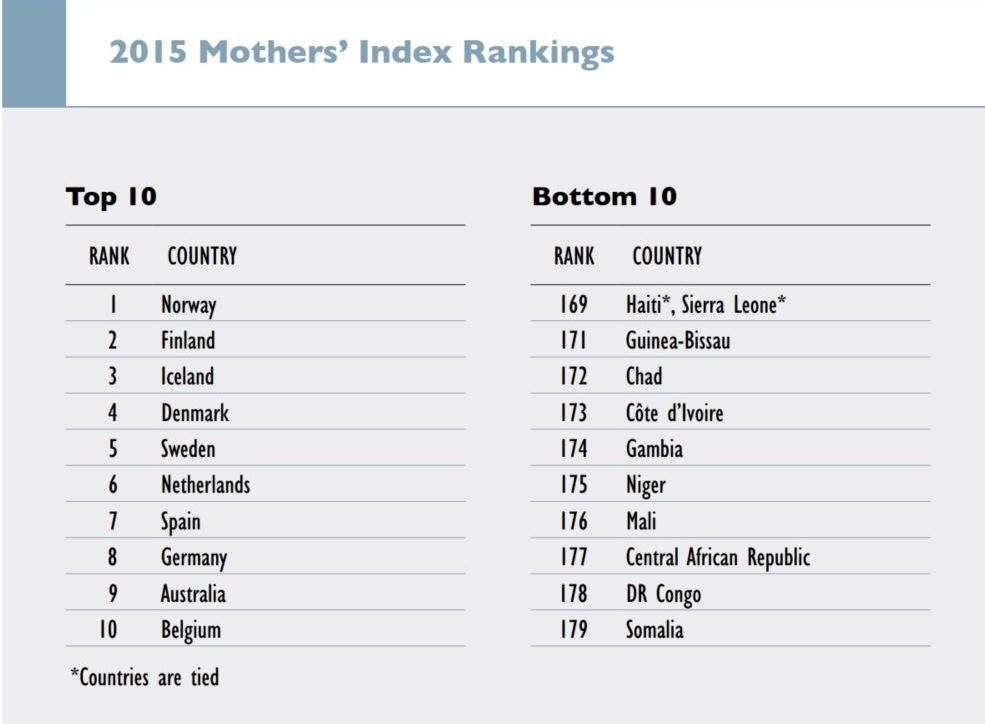