ISLAMABAD (Pakistan): Australia and Pakistan agreed on Wednesday to further enhance and strengthen bilateral trade especially in the field of agriculture for the benefit of the two countries. The agreement was reached in talks between the delegations of the two countries here at Foreign Office in Islamabad.

Australian Foreign Minister Julie Bishop, who arrived here in Pakistan on a two day visit, led her country’s delegation while Pakistan’s side was led by Advisor to Prime Minister on National Security and Foreign Affairs Sartaj Aziz.

Julie Bishop held talks with her Pakistani counterpart Sartaj Aziz on efforts to enhance bilateral trade, to counter militancy, the future of Afghanistan and the reported rise of the Islamic State group in the region.

Addressing a joint press conference after the talks, Sartaj Aziz said said that Pakistan and Australia enjoyed excellent relations, which were based on mutual respect and shared interests. He added that Australia had been asked to provide greater market access to Pakistani products.

“We have long been friends and want to diversify cooperation in different fields,” she said.

The Foreign Minister said both the countries had common interests in countering transnational crimes including drug and human smuggling.

She announced 24 million Australian dollars development assistance to support Pakistan’s efforts for facilitating regional trade and investment as well as for the rehabilitation of its border areas. This support, she said was part of a package of over $41.3 million in development assistance. 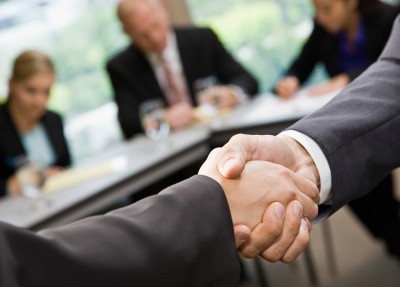 Appreciating the Australian Development Cooperation Programme, the advisor said that Pakistan would like to strengthen interaction with Australia in agriculture, livestock and water resource management.

Both the countries, he said, also agreed to continue to focus on sports and culture.

Australian foreign minister’s visit provided a good opportunity to review the bilateral relations, he added. The two sides also discussed matters pertaining to the visit of Prime Minister Nawaz Sharif to Australia which might be possible by the end of this year or in the start of next year.

“We resolve to continue our cooperation on counter-terrorism and transnational crime.”

He said regional and global issues of importance, especially the latest situation in Afghanistan, was also discussed.

Ms. Bishop announced to hold a summit on counter-terrorism in June.

Replying to a question, Ms. Bishop she said that Pakistan and Australia also shared information on the security issue of Afghanistan. There was still a small presence of Australian army of 400 personnel in Afghanistan to train the Afghan Army and capacity building.

She said it was vital for the region that both Pakistan and Afghanistan work together to manage the porous border and effectively fight the menace of terrorism.

Replying to a question regarding ISIS militants, she said it was a serious concern for Australia being a global threat. About 100 Australian nationals, she said were reportedly fighting with Daish militants in Syria.

Recognising the sacrifices rendered by Pakistan in the war on terror, the Foreign Minister said under a plan her country was sending Australian students to different countries including Pakistan.

Such visits, she said would give a message to the world that Pakistan was a safe place.

Replying to question on Australian-India civil nuclear cooperation, Julie Bishop said Australia was a power house and wanted to export energy to the world. Currently both Australia and India were negotiating the deal, she said adding that her country would extend the facility to India under strict controls. 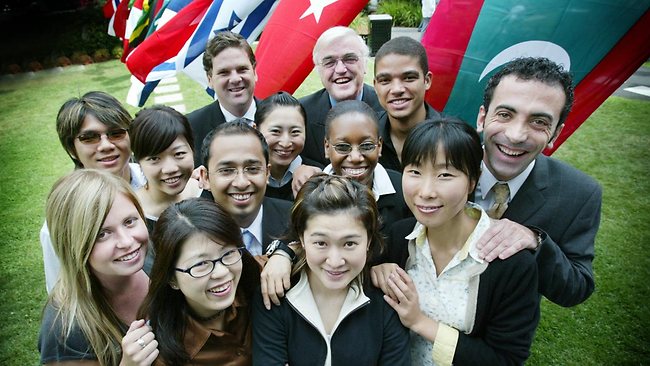 The two sides also agreed to further consolidate the existing friendly people to people contacts underpinned by the presence of 80,000 strong Pakistani diaspora and around 13,000 students in Australia.

Mr. Aziz said the two sides focused on the need for regular political exchanges including high level visits. “We feel that exchange of parliamentary visits is important,” he said.

Australian Foreign Minister, Ms. Bishop said she would also encourage Australian tourism to Pakistan, which has been battling a homegrown Islamist insurgency for over a decade.

“People-to-people links are important and of course we want to see Pakistan as a safe and secure environment so that you can engage international visitors,” she said.

The aid package includes $8 million to help restore infrastructure, improve local service delivery and support livelihoods, affected by floods and conflict in the restive FATA, Khyber Pakhtunkwa and Balochistan through the World Bank Multi-Donor Trust Fund for Border Area Programme. Around $8 million to support a trade initiative in partnership with the World Bank.

It has not yet been announced where the remaining assistance will be spent.

Bishop added the two countries “have common interests in countering transnational crimes including drug- and human-smuggling.” Thousands of ethnic Hazara Shiites have in recent years fled the southwestern province of Baluchistan bound for Australia, which in 2013 introduced a military-led operation to turn back boats carrying asylum-seekers before they reach the continent.

Replying to a question on the issue of Jammu and Kashmir dispute, the Australian Foreign Minister said Pakistan and India must come together and continue negotiations to resolve this issue bilaterally.

She said Australia does not want to take sides on disputes like Kashmir between Pakistan and India, and the two sides should “resolve their disputes bilaterally” through peaceful means.