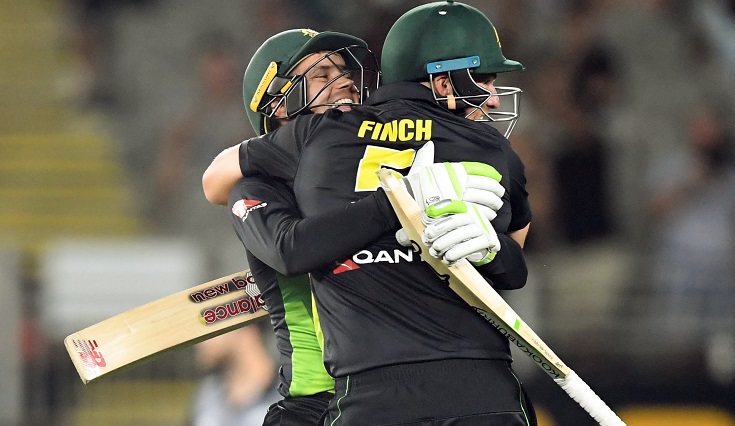 Australia chase down 244 against New Zealand in T20I in Auckland

Australia have pulled off the highest run chase in Twenty20 cricket to claim an exciting five-wicket victory over New Zealand in their tri-series clash in Auckland.

New Zealand wreaked havoc on the Australian bowlers to post 243 for six, equalling their highest Twenty20 international score and the best at the ground.

What a match! Australia create history en route to a spot in the T20 tri-series final!

Australian opener D’Arcy Short starred with 76 off 44 balls. “I copped it a bit when I was fielding, but I switched it out and tried to stay in the game. It was just banter,” Short said.

“That’s the smallest field [I’ve played on] but the atmosphere was great. I just trusted my swing knowing I could clear the boundary because those at home are considerably bigger.