Tokyo – Asian shares were supported on Tuesday after Wall Street stocks extended gains into a fifth day, though investors continued to see tensions in Ukraine as a threat to risk appetite. 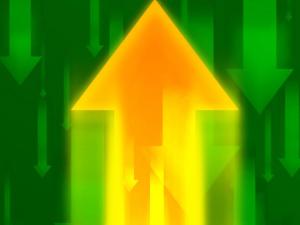 Japan’s Nikkei share average opened up 0.5 percent. MSCI’s broadest index of Asia-Pacific shares outside Japan was almost flat in early trade, but not far from a six-month high hit earlier this month.

Asian shares took their cue from the S&P 500 index, which rose for a fifth straight day on Monday to mark its longest winning streak since October.

“US markets were optimistic yesterday on a solid gain in US leading indicators and signs that earnings are improving,” Barclays analysts said in a note to clients.

All of Monday’s US corporate results showed upside earnings surprises, they added, boding well for a series of earnings reports this week.

While tensions over the situation in Ukraine appeared to be playing less of a role in markets for now, some investors think markets will remain vulnerable to more shocks.

“I don’t think this will lead to a military conflict. Nonetheless, towards the presidential election in Ukraine (planned for May 25), more tensions are likely and there will be phases where share prices will be hit,” said Soichiro Monji, chief strategist at Daiwa SB Investments in Tokyo.

Following a gunfight that killed at least three on Sunday, Washington and Moscow each continued to put the onus on the other to ensure tensions are eased.

Washington threatened to impose additional sanctions against Russia “in days” if Russia does not implement an agreement struck last week.

Oil prices, in fact, were supported by worries over Ukraine. US crude futures stood at $104.29 per barrel, near a six-week high of $104.99 hit on Thursday.

In the currency market, the yen stood near a two-week low against the dollar, smarting from Japanese trade data on Monday showing soft exports in March and a record trade deficit in the fiscal year that ended in that month.

The euro traded at $1.3793, also near its lowest level in almost two weeks, after European Central Bank officials expressed concern that a strengthening currency could damage the euro zone’s nascent recovery.

The offshore yuan stood at 6.2290 to the dollar, after hitting a 14-month low of 6.2325 on Monday on worries over a slowing Chinese economy and following Beijing’s clamp-down on one-direction bets on the yuan’s gains since February.