HONG KONG: Asian markets mostly rose while the dollar edged up in holiday-narrowed trade on Friday following a mixed lead from Wall Street and news of a deal between Russia and the West to ease Ukraine tensions.

With many bourses closed for the Easter break business was thin at the end of a broadly positive week in Asia, which was helped by bargain buying after the previous week´s 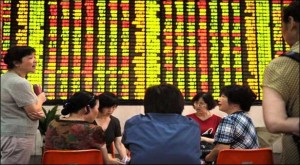 US shares ended mostly higher before breaking up for the holidays, thanks to some impressive corporate results.