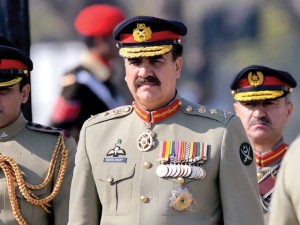 The powerful military leaders arrived in a helicopter after the Prime Minister postponed a meeting on national security where both the army chief and the spymaster were invited.

Gen Sharif and Islam were informed about the postponement of the meeting by the prime minister house.