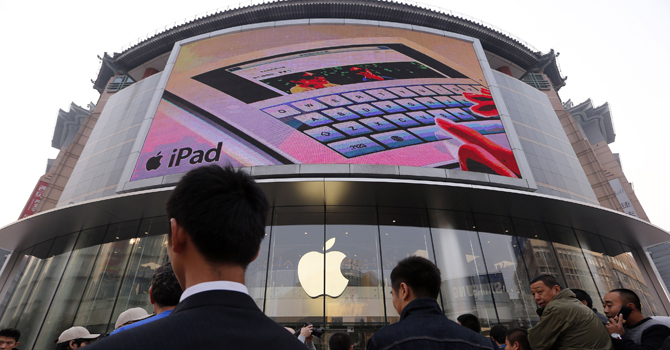 Apple had taken Shanghai-based Zhizhen Internet Technology and China’s State Intellectual Property Office to court to seek a ruling that Zhizhen’s patent rights to a speech recognition technology were invalid.

But the Beijing First Intermediate Court on Tuesday decided in Zhizhen’s favor, the People’s Daily state newspaper reported on Wednesday.

After the verdict, Apple said it intended to take the case to the Beijing Higher People’s Court, according to the People’s Daily.

“Unfortunately, we were not aware of Zhizhen’s patent before we introduced Siri (speech recognition technology) and we do not believe we are using this patent,” said a Beijing-based Apple spokeswoman in an emailed statement to Reuters.

“While a separate court considers this question, we remain open to reasonable discussions with Zhizhen,” the spokeswoman said.

Zhizhen sued the US firm in 2012 for intellectual property rights infringement, saying Apple’s Siri used on devices including the iPhone violated Zhizhen’s own voice system patents.