ISLAMABAD – President Asif Zardari is likely to announce the independent and nonpolitical interim Prime Minister in December or January before general elections in Country, to run the affairs and for free and fair elections, it has learnt here on Thursday from most reliable sources.

According to sources, the top leadership has indicated to 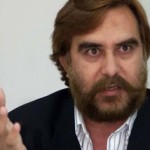 They said former federal Minister for human rights and world renowned international Ambassador for Peace and human rights Ansar Burney is so far the most probable candidate for the interim PM slot.

Ansar Burney is the recipient of ‘Sitar-e-Imtiaz’ Pakistan’s first civil/national award in the history of in the field of Human Rights and now Government has announced ‘Nishan-i-Imtiaz’ announced for him.

In 2005 the Government of the United States, State Department also declared Ansar Burney as International human rights ‘HERO’ in the field of human rights (Anti-human trafficking and Anti-Slavery Hero).

The name of Mr. Burney is most respectable in the country and abroad in the field of human rights and Peace and all parties in the country also have great respect for him. (Report by Masoom Shah, Islamabad).