A new report by Amnesty International looks at civilian casualties by US troops and the ongoing lack of accountability.

Kabul, Afghanistan – On September 16, 2012, at three in the morning, Mohammad Zahir Shah, received a phone call. 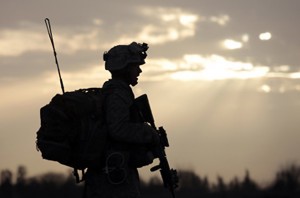 There were air strikes in the mountains near his home in Lagham province.

For the next two hours, Shah and fellow villagers waited for the shelling to come to an end. Then they set out looking for the dead and wounded.

“Just one of them had children,” Shah told source. “All the others were very young; we are very upset about that. I lost my young daughter.”

The group of women had been out collecting wood that night. According to Shah, someone informed the US military that the Taliban district governor would be traveling the same route that night.

US forces explained the air strike was a mistake – an extraordinary miscalculation.

“Obviously it was a mistake, no one would bomb women,” Shah said. “But they told us they would punish the killer, and they have not. We want justice.”

The US military has failed to provide accountability, information, and transparency in the vast majority of military operations in Afghanistan resulting in the death and injury of Afghan civilians, according to a report released on August 11 by Amnesty International.

The report compiled from a database of 70 incidences from 2009 to 2013, investigates 10 cases, in which at least 140 civilians, including 50 children, were killed by military operations across the country.

“We found a shocking level of lack of accountability towards civilian casualties in Afghanistan, particularly in cases where US forces were involved,” said Horia Mosadiq, a researcher at Amnesty International, who also noted a lack of transparency in the cases.

According to Amnesty International, US military investigators never showed up to interview the families or any eyewitnesses in nine out of ten cases.

There are only six reported instances in which military forces have been criminally prosecuted for the unlawful killing of civilians.

In February 2010, US Special forces raided the home of Haji Sharabuddin, a tribal elder in the Khataba village as he celebrated the birth of his grandson.

The botched operation resulted in the killing of five civilians including two pregnant women.

Before leaving the patriarch’s home, US troops removed the bullets from the bodies of the victims and those stuck in the walls of the house.

“I begged them not to touch the bodies of the women,” Sharabuddin told Amnesty, explaining how he watched the soldiers use a metallic instrument to remove the bullets, “but they didn’t listen”.

US senior officials later claimed the women were the victims of honour killings, or had possibly been killed by the Taliban.

Admiral William McRaven, the commander of Joint Special Operations Command, visited the victims, bringing with him money and sheep, a customary gesture in the Pashtun culture when asking for forgiveness.

Sharabuddin who lost several of his family members in the attack accepted the apology, but said what he wanted most was to see those guilty of the killings tried for their crimes.

McRaven and the US embassy in Kabul declined to respond to questions sent by Int. News Media regarding the case.

The families of victims who saw some sort of accountability still said they felt justice had not been served.

The Panjwai massacre, one of the most well-known incidents involves Robert Bales, a US Army Staff Sergeant serving with the Joint Base Lewis-McChord Stryker Brigade.

After a night of drinking, Bales entered two Afghan villages and methodically killed 16 villagers in their sleep, mostly women and children.

Last year, Bales avoided the death penalty and instead received life in prison without parole after pleading guilty to murder and assault.

Mullah Boron, whose brother was killed in Panjwai, told source he now cares for his brothers’ children and still suffers from psychological problems.

“We are trying to work on our minds and bring change so that we feel better. My brother cannot come back,” said Boron.

“I have to explain this to the children and tell them this is the way of life; everybody dies, and it was a day of paradise. We can’t do anything about it and we can’t get anything from it.”

When asked if he felt they had received justice, Boron said: “100 percent not.”

“You think about it, 16 people were killed. I went to America twice to try and convince the Americans to execute Bales, but they told me they did not have this law.

“The people’s reactions prompt the forces to carry out criminal investigations, and if these investigations are carried out, details of the outcome, most of the time, have not been released,” said Nadery.

“So the public is for the most part unaware of what happened in an incident. This has been one of my major points of advocacy all the time; these reports, and the results of these investigations need to be made public, and people need to know more about them.”

As US troops pull out of the country, concerns grow over holding organizations and agencies accountable, including the CIA, private contractors, and special forces who will remain in the country for intelligence gathering and military operations.

Most advocates, victims and officials that spoke to media said chances are small that the family members of the victims killed in military operations in Afghanistan over the past decade will ever receive any sort of justice.

“Unfortunately, looking into the violations and level of accountability that was provided, I see the chances are slim,” said Mosadiq.

“When you look at the extent of not only the civilian casualties, but also what I would call negligence – or somehow that US forces can get away with what they are doing – I am really surprised how US authorities can now claim that they are winning hearts and minds of Afghans which was the actual aim.”

“But, at the same time I am not hopeless.”