President Obama and his Government, in fact even the Republicans appear far more concerned about deaths of Syrians 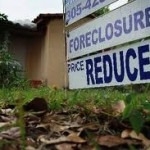 in Syria by rebels that the US and Allies are arming, training financing and even feeding than the disaster situation unfolding across Colorado where 1300 Americans remain missing, 1502 residential structures are destroyed, and over 18000 structures are damaged with 7000 evacuated with possibly no home to return to. How can the situation of these Americans be any worse than some country oceans away from America? That is not all why does chemicals bother President Obama or any American Government official? Did they not drop atomic bombs on Hiroshima on 6th August 1945 and having seen how 66,000 were instantly burnt to death did not have any remorse to drop another atomic bomb 3 days later on 9th August 1945 in Nagasaki?

As for chemical weapons, US is threatening Syria when US is violating the chemical weapons treaty keeping tons of chemicals in Kentuky and Colorado (where the floods have taken place) breaking its own promise to the international community (whoever that is). Colorado facility has 2611 tons of mustard gas, 524 tons of chemical weapons including nerve agent Sarin in Kentucky. US ratified the Chemical Weapons Convention treaty and agreed in 1997 to destroy its chemical weapons within 10 years with a 5year extension for which the deadline is now past but US officials now say they need til 2023 to honor its commitment. Lets also not forget that it was no other nation but the US that used Agent Orange during Vietnam War (1961-1971) which killed over 400,000 and maimed over 500,000 inclusive of children born with birth defects. US, UK and Israel have used depleted uranium (DU) as well as white phosphorus.

It’s not Syria or only Colorado that the US Government and President Obama needs to be concerned about – people of America are suffering for no fault of theirs and it is time the American leaders concentrate on looking after their own people first.

The US population is 315million.

Americans without Jobs and poor

§  there are 240 million working age people.  Only about 140 million of them are working.

§  There are now 13 million unemployed Americans, which is three million more than when President Barack Obama was first elected.

§  around 100 million Americans are considered to be either “poor” or “near poor”.

§  46.2 million, or 15 percent of the population are at the risk of being unemployed

§  28 percent of all Americans do not have a single penny saved for emergencies.

US obesity and health

§  more than 100 million Americans are enrolled in at least one welfare program run by the federal government at this point.

§  82.1 percent of Black women and 75.7 percent of Hispanic women are overweight or obese compared to 59.5 percent of White women (Flegal)

§  22million Americans are on illegal drugs

§  There are more than 14500 specialized drug treatment facilities

§  There are 1.5million charity organizations in the US

§  Homelessness is essentially caused by the inability of households to pay for housing.

§  38% of the homeless persons were unsheltered, living on the streets, or in cars, abandoned buildings, or other places not intended for human habitation

§  There are an estimated 5,000 people living in the dozens of tent camps that have sprung up across America.

§  20.2 million Americans that spend more than half of their incomes on housing

§  25 million American adults are living with their parents

§  There are 11million immigrants living in the US Illegally plus 4.5 million US citizen children with undocumented parents.

§  About six million of the 11 million are Mexicans. Sixty percent are men. A majority live in large states like California, Texas, Illinois, and New York. In Oklahoma, Hispanics outnumber native Americans

§  429,599 people from Asian nations were granted permanent legal resident status in US

§  new report on the nation’s top 472 occupations finds that immigrants — legal or not — take some jobs from Americans, dispelling the accepted view that foreign workers only fill jobs Americans don’t want to do.

§  Approximately 76.2% of abducted children who are murdered are dead within three hours of the abduction

§  50 percent of all marriages in which the brides are 25 or older result in a failed marriage. ” National Center for Health Statistics

§  Research indicates that people who live together prior to getting married are more likely to have marriages that end in divorce. ” The Boston Herald

§  If your parents are happily married, your risk of divorce decreases by 14 percent (this questions how happy Americans really are)

§  United States has one of the highest teen pregnancy rates in the western industrialized world.

§  In 2009, the average cost of a nonhospital abortion with local anesthesia at 10 weeks of gestation was $451

§  there are more than 8 million adults in the US who are lesbian, gay, or bisexual, comprising 3.5% of the adult population

Domestic violence in the US

§  There are 1,500 shelters for battered women in the United States

§  Three to four million women in the United States are beaten in their homes each year by their husbands, ex-husbands, or male lovers.

§  One in 6 women and 1 in 33 men have experienced an attempted or completed rape. (U.S. Department of Justice

§  As of 2011, America was the only free-market OECD (Organization for Economic Cooperation and Development) country where the current generation was less well educated than the previous

Gun culture in US

§  If you add those owned by the military, law enforcement agencies and museums there would be more guns than the US population of 315million!

§  On an average more than 80 people die due to guns daily.

§  Sixteen US Mass Shootings Happened in 2012, leaving at Least 88 Dead – it is the 16th mass shooting since Obama became President. We need to add 16 and possibly more following the naval yard shooting which occurred on 16 Sept 2013 and yes the suspect suffered PSTD.

§  More than 2,000 criminal suspects died (out of 40million arrests) in police custody over a three-year period, half of them killed by officers as they scuffled or attempted to flee. 55% of the 2,002 arrest-related deaths from 2003 through 2005 were due to homicide by state and local law enforcement officers. New York now ranks sixth nationwide in the number of police killings, behind Arizona and Illinois,

§  US has 2.2million prisoners

Suicides and Psychological disorders in Americans and US soldiers

§  An appalling 80 per cent increase in suicides among US service personnel has been registered between 2004 and 2008.

§  In 2010, the Pentagon spent $280 million on psychiatric drugs. That number has since risen.

§  To date, the Pentagon has spent more than a billion dollars on psychiatric drugs, making it one of the largest customers of Big Pharma.

US Foreign Military Bases and influence

§  The US has established its control over 191 governments which are members of the United Nations.

§  US Government deploys well over half a million soldiers, spies, technicians, teachers, dependents, and civilian contractors in other nations.

§  The 5 permanent members of the UN Security Council (US, Russia, France, United Kingdom and China), together with Germany and Italy account for around 85% of the arms sold between 2004 and 2011.

§  the School of the Americas (A US military training school), has trained many of the worst human rights violators and dictators in various Latin American countries.

§  7 of the 10 top arms manufacturers are American – these 10 companies are those that profit from wars.

State income tax, social security tax and medicare taxes are taken from people’s paychecks in addition there are 40 other taxes that an American has to pay annually and possibly more.

US tax code is now 3.8million words long! According to National Taxpayers Union, US taxpayers spend more than 7.6billion hours complying with federal tax requirements annually. In the 1930s Form 1040 was only 2 pages today it is 89pages with 4428 changes.

According to the IMF, the global elite are holding a total of 18 trillion dollars in offshore banking havens such as the Cayman Islands where 1.4 trillion dollars is being held in offshore banks. Switzerland, in the city of Zug with a population of 26,000 it is the headquarters for 30,000 US companies. The Guardian reported estimated that a third of all the wealth on the entire planet is being kept in offshore banks.  One of the primary reasons for this is tax avoidance. The big corporations and the ultra-wealthy have mastered the art of moving money offshore and using loopholes to make their tax burdens as low as possible. So our politicians just keep finding more ways to squeeze more money out of the middle class and small businesses in order to make up the difference.

Could it have come to a stage where US the land of dreams is now a land of debt?

Could things in Syria be far worse…. And Sri Lanka remains still the paradise isle whatever anyone says…