SAN FRANCISCO: Amazon.com Inc later this year plans to launch a marketplace for local services, a broad term that encompasses anything from babysitters to handymen to birthday clowns, beginning with a single market.

Amazon aims to gauge demand and test logistics before rolling out nationwide, mirroring its approach to its grocery delivery service, Amazon Fresh. Fresh was tested in Seattle for years before expanding to San Francisco and Los Angeles last year. 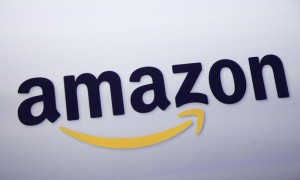 The move takes direct aim at consumer review sites Yelp Inc and Angie’s List Inc as well as US home improvement chains Home Depot Inc and Lowe’s Companies Inc, which have both invested in ways to link customers with local plumbers, painters and other service providers.

Services marks a new frontier for Amazon, which has focused on selling products as it expanded from books into consumer goods, groceries and media. Local services are massive and growing, but it has been tough for marketplace companies to turn a profit, since offerings must be tailored to each city or region.

In recent months, Amazon has reached out directly to service companies as well as to several startups in Seattle and San Francisco that already connect service providers, from home repair to massages, to customers through their own web sites and mobile applications, according to the people.

Amazon has also been experimenting with ways to tie services to the products it sells. In one example, Amazon recently ran a test on its website offering installation services to users who bought Nest thermostats.

The moves reflects Amazon’s long-running efforts to have services tied to every product sold by Amazon on its website, according to one person close to the company, who like others declined to be named discussing confidential plans.

A local services marketplace would extend Amazon’s role as a middleman for third-party vendors, which account for about 40 percent of Amazon’s sales.

The quality of the local services would be backed by Amazon’s “A-to-z Guarantee” which the company uses to vouch for items sold by third-party sellers on its website, the sources said.

One of the companies Amazon contacted in January was San Francisco-based Thumbtack, a startup that serves as a matchmaker between consumers and 63,000 service providers including photographers, tutors and others.

In its conversations with Thumbtack, Amazon asked several questions about the company’s growth strategy and the market for local services, according to a person familiar with the conversation.

Thumbtack, which has raised $49 million from investors including Sequoia Capital and Tiger Global Management, said the average project on its site is $600. It drives an estimated $1.8 billion worth of business annually to professionals on the site.

Other industry observers estimate that the home repair and improvement market alone represents an at least $250 billion opportunity.

Angie’s List in 2011 estimated that the market for local services was around $400 billion, including remodeling services and pest control. But since going public that year, the company has had just two profitable quarters.

Amazon itself has had limited success with Amazon Local, a daily deals service. Amazon Local has no involvement in the services marketplace currently in development.

But the business opportunity may be improving, in part by the proliferation of smart phones, which let service providers schedule appointments on the fly.

Offering local services on Amazon’s website has been a goal of Chief Executive Jeff Bezos for years. He personally invested in Pro.com, a Seattle-based startup, founded by former Amazon executive Matt Williams, which helps customers find contractors and estimate the costs of home repair and improvement projects.