KABUL: Presidential candidates in Afghanistan begin two months of campaigning on Sunday for an election that Western allies hope will consolidate fragile stability as their forces prepare to leave after nearly 13 years of inconclusive war. The Taliban have rejected the April 5 election and have already stepped up attacks to sabotage it. The militants will also be looking to capitalise if the vote is marred by rigging and feuding between rivals seeking to replace President Hamid Karzai, who can not run for a third term under Afghan law. Whoever replaces him will inherit a country beset by deepening anxiety about security as most foreign troops prepare to pull out by the end of the year, 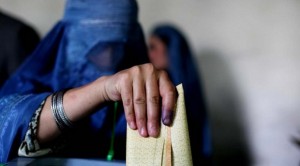 leaving Afghan forces largely on their own to battle the insurgency. Monthly attacks in the capital, Kabul, where candidates are expect to focus their efforts to win over women and young people, are at the highest since 2008, one embassy said in a recent confidential security report. “This increase can be attributed to efforts towards the presidential elections,” the embassy said. Many Afghans say they are taking precautions. “I have already advised my family to cut down unnecessary travel and never attend any big meetings,” said Fawad Saleh, a barber in the Shar-e Naw area of Kabul. “The Taliban will reach any campaign and they will react violently.” While Afghanistan has no majority community, ethnic Pashtuns are considered the largest community and ethnicity will play a big role in deciding the next president. Western diplomats expect the first round to be split between one of several prominent Pashtuns and former foreign minister Abdullah Abdullah, an ethnic Tajik who appeals to that voter base and who was Karzai’s main challenger in the last election in 2009. Two of Abdullah’s campaigners in western Herat province were shot dead in their car on Saturday, police officials said, in another grim pointer to possible violence ahead. “This coward action constitutes a violent intimidation of electoral candidates and their supporters, and cannot be tolerated,” the United Nations said in a statement.