Q&A in regards to proposed legislative changes to the Racial Discrimination Act with over 100 people in attendance. The current Government plans to amend part of Australia’s racial discrimination laws by real of the s18C of the Racial Discrimination Act 1975.  The changes come in response to the high-profile case of Andrew Bolt, a conservative commentator who was found to have broken the law over the articles he wrote in 2009 about the skin colour of people who identify as Aboriginal. Attorney-General George Brandis says the Government’s planned amendments ‘will ensure that can never happen in Australia again’. AFAIC hosted the community forum, having government representatives and a multicultural community audience. It was a night of extraordinary discussion and Q&A with panellists from many different sectors. Among them were:

It was a night of elaborative discussion with many emerging cultures on an issue that focuses on multiculturalism and how the changes in legislation affect these communities. The program had

attendees from the South-Sudanese, Asian, Arab, Bengali, Pakistani, and Afghani communities. AFAIC provided the platform for a

s18C of the Racial Discrimination Act. 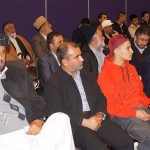 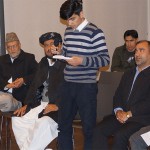 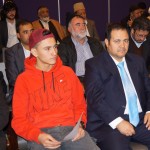