Twelve students in Islamabad have secured the highest marks in the world in the 2013 Cambridge exams, announced the Cambridge International Examinations (CIE).

The students secured spots in the CIE’s “Top in the World” category for different IGCSE, O- and A-levels subjects, for the exams held in June 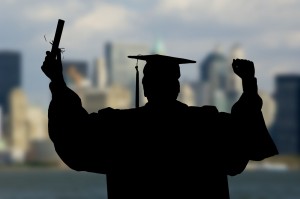 Another 17 students in Islamabad out-performed their Pakistani counterparts to get the “Top in Pakistan” award in single subjects for the O, IGCSE, AS, and A levels exams, according to the CIE.

Omar Ashraf and Hammad Ahmad, both from the Beaconhouse School System Islamabad, got two Top in the World awards each in their O-levels examination. Ashraf secured the awards for additional mathematics and chemistry, while Ahmad received highest marks in computer studies and mathematics D. Mobeen Ahmed secured the highest marks in the world for A-levels physics. Taha Mansoor, from the same school, stood first in the world for Pakistan studies in the IGCSE exam. Overall, four students from the Beaconhouse School System, two from Roots School System DHA-1, three students who appeared through the British Council Pakistan and one each from Islamabad Convent School, OPF Boys College Islamabad and Cadet College Hassan Abdal got Top in the World awards for IGCSE, O- and A-levels exams in Islamabad, according to the CIE.

Filzah Bukhari, a student of the Learning Support College, topped in Pakistan in physics, chemistry and biology. Much like 2012, students from the different branches of Beaconhouse and Roots schools seemed to receive most awards for the highest scores at the Islamabad-level. In all the four competitive exams, 21 students from Beaconhouse schools and 16 students from Roots topped in Islamabad.

The “Outstanding Cambridge Learner Awards,” which include the top in the world, top in Pakistan, top in Islamabad and city- or country-wide achievements across multiple subjects, were released by the CIE in a press release issued on Friday.

Including the Top in the World and Top in Pakistan students, 135 candidates who took the Cambridge exams in Islamabad have received awards for “exceptional performance. (Source; The Express Tribune).