A stronger voice for Science and Technology in Australia

The National Science and Technology Council will take the place of the former Commonwealth Science Council as the peak advisory body to the Prime Minister and other Ministers on science and technology.

It will focus on the key science and technology challenges facing Australia, ensuring the Government receives the best independent advice possible.

The Council will identify Research Challenge projects and oversee horizon-scanning reports into long-term science and technology priorities, providing expert advice on issues such as health, emerging technologies and education.

These changes will enable a stronger voice for science and technology in the national conversation, ensuring deeper engagement with Government and industry in the policy process.

The Prime Minister will be Chair of the Council, the Minister for Industry, Science and Technology Karen Andrews 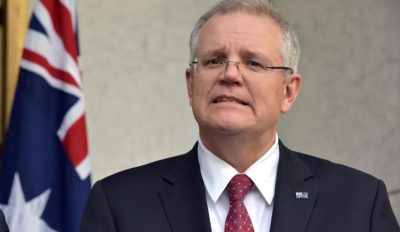 as Deputy Chair, with up to six scientific experts to be appointed. Australia’s Chief Scientist Dr Alan Finkel AO will continue as Executive Officer and the Chief Executive of the CSIRO, Dr Larry Marshall, will also join as an ex officio member.

The Coalition recognises the importance of science, research and technology in improving the competitiveness of Australian businesses and driving new jobs, which is why we invested $2.4 billion in the 2018/19 Budget and why we are increasing funding to our world-class research agencies like CSIRO over the next four years. This builds on our regular annual investment of around $10 billion in science, research and innovation. This $2.4 billion Budget funding includes $41 million for the establishment of the Australian Space Agency, which will allow Australia to tap into the $US345 billion global space industry.

The Coalition Government is also increasing investment in priority areas, including medical research, through the Medical Research Future Fund (MRFF). MRFF investment is increasing by over $1.9 billion over the forward estimates. This means more funding for genomics, rare cancers and diseases, and chronic conditions like diabetes.