The NSW Government is getting on with the job of building a better NSW by delivering on its election
commitments, investing a record $93 billion in infrastructure, supporting drought-affected communities, cutting taxes and boosting cost of living relief to families in the 2019-20 NSW Budget. 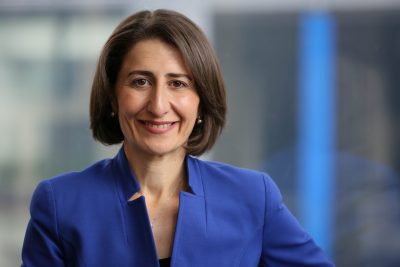 A surplus of $802 million is projected for 2018-19, with surpluses averaging $1.7 billion over the four years to 2022-23 continuing the NSW Liberals & Nationals’ strong financial management even in the face of tougher economic conditions.
Net debt is negative for a fourth consecutive year with the Government’s record infrastructure pipeline over two terms boosting economic activity and contributing to the continued growth in the State’s net worth which is set to reach $311 billion by 2023.
Premier Gladys Berejiklian said the NSW Liberals & Nationals Government is determined to deliver the
benefits of a strong Budget to people across NSW.
“This Budget delivers on our promise to provide greater opportunities and quality of life for all citizens across NSW, no matter where they live or their personal circumstances,” Ms Berejiklian said.
“Only through a strong Budget are we able to provide cost of living relief to households, invest unprecedented amounts in infrastructure and services, and support the most vulnerable in our community.”
Treasurer Dominic Perrottet said: “This is a state building budget that stays the course in the face of economic headwinds, because it is built on the foundation of eight years of strong financial management.”
“Our financial strength means we can do more to help those most in need, while delivering on our commitments and continuing to transform our state.”
A drought relief package now at $1.8 billion will help farmers endure the present crisis and build long term resilience while the $4.2 billion proceeds from the sale of the State’s share of the Snowy Hydro will be invested in major and transformational regional infrastructure, such as projects designed to secure NSW’s long-term water security.
“We’re also investing further funds for mental health support for those in the regions struggling with the current crisis,” said Mr Perrottet. “This is also Budget for the bush with farmers and regional communities at its heart.”
The Budget is also taking the pressure off family budgets, building on existing measures such as toll relief, transfer duty exemptions and energy rebate. New measures including the $50 weekly Opal fare cap, interest-free loans for rooftop solar to keep energy bills down and helping fund a second $100 Active Kids Voucher for every school child each year.

Education is front and centre, with funding for 2,300 new early childhood education places, 4,600 more teachers, 190 new and upgraded schools, before and after school care and $500 million for better facilities in non-government schools.
An unprecedented boost to frontline health services will deliver better quality healthcare, funding an historic 8,300 additional nurses, midwives, doctors and medical and support staff, 45 per cent of which will be located in regional NSW. More than $10 billion will be spent on hospital and health infrastructure to deliver 29 new and upgraded hospitals and health facility projects over the next four years.
A new record $55.6 billion budget for road and transport projects propels the state’s overall infrastructure investment to $93 billion, with funding for major projects already underway including WestConnex and Metro City and Southwest and breaking ground on the West Metro next year.
“The scale of transformation is unprecedented and is only possible because our Government has backed our words with action and delivered to cement NSW as the premier state,” Mr Perrottet said.
To help break the cycle of disadvantage, the Budget funds a new Disability and Ageing Commissioner as well as $55 million for new infrastructure in our most disadvantaged remote indigenous communities, $15 million for spinal research and $8 million to partner with Foodbank to provide school breakfasts at an additional 500 schools.
To support the Government’s goal of creating 250,000 more jobs and strengthen our economy, the Budget continues to cut payroll tax allowing businesses to employ more people and increase wages, and 100,000 fee free VET and TAFE courses will build on last year’s 100,000 free apprenticeships, to build the workforce of the future.
“Right now the economic headwinds are picking up, but we are taking steps to keep our economy strong. While other states are raising taxes, we’re cutting them, because we want our workers and businesses to have every opportunity to keep getting ahead,” Mr Perrottet said.
The Budget commits to a new NSW Economic Blueprint to identify the jobs, industries and opportunities where our future prosperity lies. It also kicks off a formal review of Federal Financial Relations, to find ways to make Federation more dynamic, with greater financial autonomy for states like NSW that embrace reform.
“This is a Budget that only the NSW Liberals & Nationals could deliver, because we manage the finances well so we can get the job done,” Mr Perrottet said.
“We are delivering what the people of NSW deserve – world-class services, record infrastructure, and help for those in need, while at the same time laying the foundations for a future filled with opportunity for all.”