The 66th Independence Day Anniversary was celebrated in a grand scale at the High Commission and also in the Capital City of Canberra on the 4th of February 2014.  Proceedings started with the hoisting of the National Flag by Admiral Thisarra Samarasinghe, the High Commissioner in the presence of the members of the staff and a large Sri Lankan gathering. 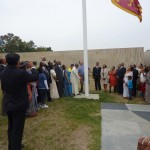 This was followed by the singing of the National Anthem by a group of young children for oriental music, observance of two minutes silence, multi-religious observance and lighting of the traditional oil lamp.

National Day Message of His Excellency Mahinda Rajapaksa was read in all three languages to the audience.  The High Commissioner then addressed the gathering highlighting the significance with peace that Sri Lanka is enjoying at present under one flag and paid tribute to the military who made it possible and the courageous and visionary leadership of His Excellency the President.

Unprecedented post conflict achievements were highlighted both in the social, economic and public spheres, specially comparing to statistics of the past.

High Commissioner also explained the challenges faced by Sri Lanka by way of unfounded, unsubstantiated allegations and urged the community to stand against such attempts.

High Commissioner explained the deeply rooted relationship with the Government of Australia going back to over 65 years and thanked the Australian Government for supporting Sri Lanka at the CHOGM and at international engagements.

While thanking the community for the continued support rendered to Sri Lanka, the High Commissioner urged the community to support Sri Lanka individually, as a group and as a community in its economic revival.

The High Commission ceremony on the 4th concluded with the serving of traditional Sri Lankan breakfast.
In addition on the 4th of February, the city of Canberra was decorated with three sets of national flags (48) alternatively alongside the Australian national flags on the main highway leading to the Federal Parliament in the city center signifying Sri Lanka National Day and the close friendship between Australia and Sri Lanka.  This event was sponsored by the Sri Lankan Australian community in Canberra.

The High Commissioner, the staff and the community proceeded to the Commonwealth Place on 4th February to hoist the Sri Lankan flag in the main mast of the Commonwealth Place and the national anthem was sung by all those present.  This flag is on the main area where all the country flags on either side in the picturesque sight of Griffin Lake transiting the Australian new and old Parliaments and the War Memorial.

In addition to the above, the High Commission was decorated with Sri Lankan national flags around the perimeter and was illuminated at night.

Further the Canberra Times carried a two page special supplement to mark the 66th Anniversary carrying the message of His Excellency the President, the Hon. Prime Minister, the Hon. External Affairs Minister and the High Commissioner. 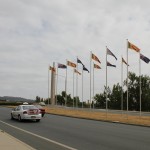 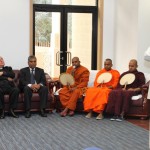 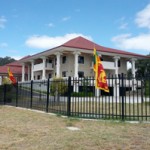 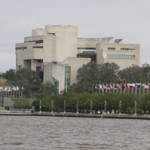 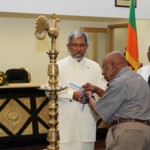 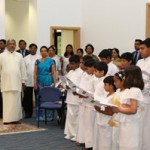 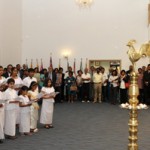 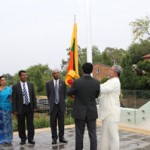