MUZAFFARABAD: At least 16 people were killed when a passenger van plunged into a deep ravine in Azad Kashmir region on Tuesday, officials said.

The accident happened in the area of Chattha Pal, 150 kilometres southeast of Muzaffarabad, the capital of Azad Jammu and Kashmir (AJK). 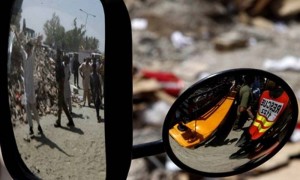 “At least 16 people were killed and seven others were wounded, three of them critically when their van plunged into a 300-feet deep ravine,” local administration official Shamim Arif told AFP.

He said the van was overloaded with up to 30 people and speeding. The driver lost control while taking a sharp turn on the narrow and poorly maintained road in the mountainous region.

Pakistan has one of the world’s worst records for fatal traffic accidents, blamed on poor roads, badly maintained vehicles and reckless driving.