Karachi—Over 1.5 million Pakistanis living in Saudi Arabia are contributing significantly to the economy of Pakistan. They are major source of inflows of remittances by overseas Pakistanis on the back of strategic relationship between Pakistan and Saudi arabia. 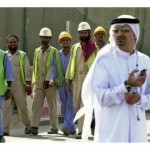 Abdul Salik Khan, Pakistan Consul General at Jeddah told Pakistan Observer that a vast majority of Pakistani pilgrims who arrive every year are aged people who lack knowledge and need awareness before proceeding to perform Hajj to make the process easy both for the Hajis as well as the administration and the airlines.

Quoting Saudi Media he said that around 1.3 million performed Hajj without due permission this year which was a major cause of pressure on the facilities that are usually available for the Hujjaj.

The Pakistan Consul General in Jeddah said that the Saudi government had provided numerous facilities to the Hajis this year so that the Hujjaj could perform Hajj with ease and considering taking steps that the trend for performing Hajj without permission be checked.

He said that Pakistan and Saudi Arabia enjoy very deep and friendly ties and that our relations are strategic.

Khan said that some 1.5 million Pakistanis are residing in Saudi Arabia and are contributing for the economies of the two countries.

About problems being faced by the Pakistani Hujjaj, he was of the view that 50 percent of the Hajjis are more than 50 years of age and many of them are illiterate and not fully aware of the requirements.

He said that the hajjis have to stay at the airport for up to eight hours for fulfilling the procedures.

The excess baggage put pressure on the conveyer belt which is often chocked. Efforts are made to try and ensure that Hajj flights operate in accordance with the scheduled time.

Syed Abu Ahmad Akif, the Director General Hajj, said that this year 179,210 Pakistanis performed Hajjand of these 89,605 performed Hajj under official quota. During the course of Hajj some 93 Hajis died of them 87 died due to natural death while 7 killed in accident, the burial of 87 was carried in the holy land.

A total of 163 buildings were hired for the Hajjis this year with a total amount of 355 million riyals. Akif said that according toe Saudi rules, the Hajjis should reach airport six hours ahead of the scheduled time of the flights. There should be joint certification of the arrival of the Hujjaj’s buses from Makkah to Jeddah Hajj terminal by the Hajj Directorate and the PIA so that the arrival of the buses be timely, he suggested.